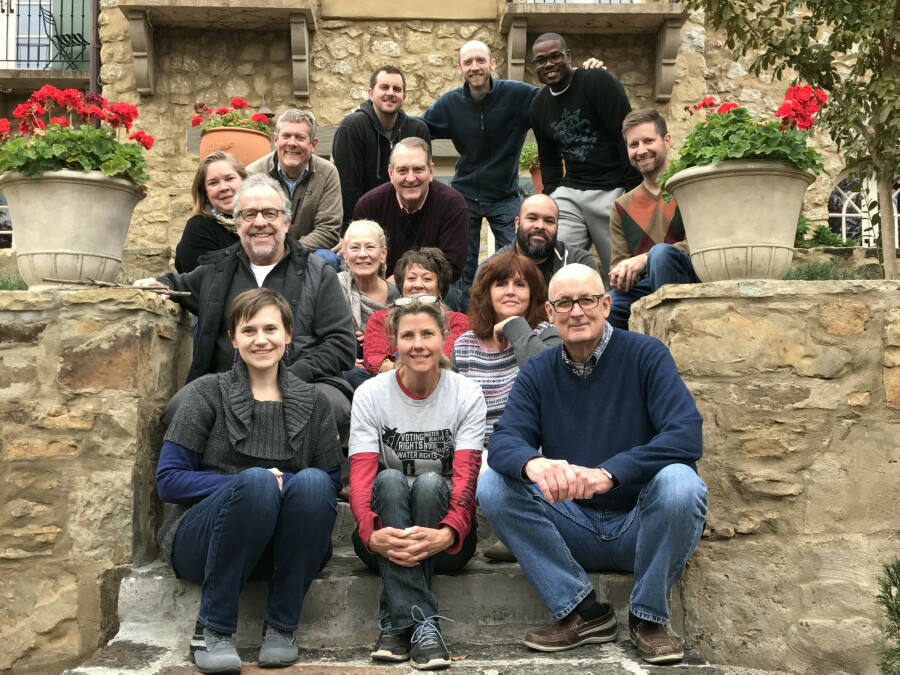 For the second year in a row, Smart Growth Tulsa Trustees and Advisory Board Members assembled for an all-day planning retreat at the picturesque Lake Keystone home of Jamie Jamieson and Kathy Henry on December 3rd, 2016. We celebrated a year of momentous changes, and planned for a year of unparalleled growth with our 2017 programs and services.

Many thanks to Jamie and Kathy for once again hosting our planning retreat.  Situated on a beautiful acreage just 25 minutes from downtown Tulsa, the old-world charm and design of their inviting home was the ideal location for a relaxing but productive planning session that celebrated past growth and accomplishments while planning for 2017 and beyond.

At the 2015 Planning Retreat, SGT reviewed the global, national, and regional factors that affect us and the environment in which we operate locally.  We then considered organizational and governance strategies best suited to guide us, including board structure, governing documents, and volunteer recruitment and deployment.  In 2016 we implemented specific plans to achieve our goals:

While a great deal of our time and resources revolved around our organizational efforts, we still managed to successfully advocate for smart policies that will arguably have a positive and lasting impact on the quality of life of all Tulsans in the future:

Our Urban Advocacy Was Recognized by TYPros 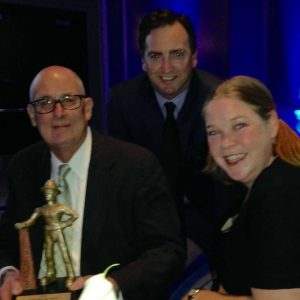 On November 4th, Smart Growth Tulsa was honored by Tulsa’s Young Professionals (TYPros) at the organization’s 2016 Boomtown Awards Ceremony at the new River Spirit Casino Resort Ballroom. The recognition of SGT with the Urban Advocate Award, highlighted our support for urban revitalization to enhance the quality of life and attract young professionals to our community.

It was a spectacular evening, where TYPros members and supporters gathered for a night to honor the dreamers and doers that shape our city and to celebrate the big ideas and bold actions of Tulsans that advance the TYPros mission to attract and empower young, creative talent.

Our Projects and Programs are Laser-Focused for 2017

Smart Growth Tulsa’s planning for 2017 began in October of 2016 and culminated at the Planning Retreat in December.  Trustees and Advisory Board Members identified three distinct projects/programs for 2017 that relate directly to our Vision and Mission.

In 2017, Smart Growth Tulsa will encourage the City of Tulsa to join 60 other U.S. cities in signing the White House Data-Driven Justice Initiative (DDJ).  SGT will advocate for the Tulsa Police Department to devote sufficient resources in future police academies to insure that new officers receive the necessary training to be deployed effectively in community policing roles and that emphasize the de-escalation of violence and reduce the incidence and use of lethal force.  A Trustee of Smart Growth has been appointed by Mayor Bynum to serve on the newly created Community Policing Commission.

Code for America’s website describes a new national movement of several organizations that are working to: “Make government work for the people, by the people, in the 21st century.” Since the publishing of The White House Open Government Directive in 2009, cities across the nation have embraced the ideas of open data & citizen participation in government, establishing formal policies as well as grassroots support.  This national movement is one that believes that civic engagement can have a transformative effect on citizens’ attitudes toward government—in addition to realizing tangible positive outcomes from improving government efficiency.

In 2017, Smart Growth Tulsa will seek to partner with the City of Tulsa to rapidly develop and deploy a single internet-based point of access to public notices, agendas, minutes, ordinances, regulations, policies, procedures, official plans, budgets, financial statements, and other public records that is open, unabridged, responsive, interactive, and proactive and promotes citizen understanding and engagement.

In 2008 the City of Tulsa completed an update of the Riverwood Neighborhood Plan which preceded the establishment of a Bus Rapid Transit corridor on South Peoria and newly proposed design improvements for the roadway.  Smart land-use and transportation policies are at the core of Smart Growth Tulsa’s vision and mission.  We have steadfastly advocated for increased density to save money on infrastructure, and for safer, multi-modal streets serving not just automobiles, but also pedestrians, cyclists, and transit users.

In 2017 we will partner with the South Peoria Neighborhood Community Foundation, and the OU-Tulsa Urban Design Studio to help the City of Tulsa develop a citizen-driven plan for growth and development for the Riverwood area (61st & Peoria), to create a safe, vibrant, walkable and transit-rich mixed-use neighborhood that enriches the lives of all who live, work and play there.

It can be argued that no single person or organization has done more than Smart Growth Tulsa to encourage our elected officials to aggressively implement PLANiTULSA, our Comprehensive Plan and our adopted small area plans.  Day-in and day-out, Smart Growth Tulsa advocates for true participatory governance, the preservation of Tulsa’s historic assets and wilderness areas, for walkable neighborhoods, for bike lanes, for an expanded transit system, for community-policing, for affordable housing options, and for place-making strategies in both the public and private realms.

From a  Volunteer Organization to a Funded and Staffed Non-Profit

Now that our new governance structure is fully functional, we will soon be announcing fund raising plans to help finance the overhead and staffing needed to expand our projects and programs.  We will be appealing to charitable foundations, angel investors, and committed individuals that want to see Tulsa become a more competitive, resilient and sustainable city, and you can help.  Simply visit our website, and click the “Donate” link found on any page.

In closing we want to thank each and every one of you for your activism and support.  We are truly humbled to be on this path with you and your encouragement has us filled with great anticipation for what can be accomplished in 2017. From all of us, to all of you, best wishes for a very Prosperous New Year!