CAPITAL IMPROVEMENT PLANNIING It’s the best of times; it’s the worst of times 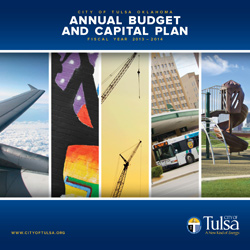 It’s not like we really needed any more evidence to illustrate the leadership vacuum in the Mayor’s office; that has already been pretty well documented. However, recent events further illuminate the confusion that reigns on the 15th Floor of City Hall.

The disclosure that yard waste intended for mulching at the city’s green waste plant has instead been diverted to its trash incinerator has been a public relations disaster. With the looming Capital Improvement Plan vote this fall the timing could not have been worse.

It becomes increasingly difficult to win support for major spending proposals when citizens learn they have been deceived in such a manner.

While media reps and elected officials alike are trying to figure out how this happened and who should be held accountable, the fact remains that the Mayor is a member of the TARE Board and the chief executive officer of the City of Tulsa.

If anyone should have known about this deception it was Dewey Bartlett. The admission that City Manager Jim Twombly knew of the practice but didn’t inform Bartlett seems implausible at best, further clouding the mayor’s already suspect track record for honesty.

Adding fuel to the fire, the mayor’s initial knee jerk reaction to these disclosures included a suggestion to end the program entirely; not a very bright long term solution.

The green waste dilemma is regrettably not the biggest problem facing us at this point; passing the proposed capital improvement package is.

Dewey Bartlett has had plenty of time to conceptualize a visionary capital spending program. With all of the lip service previously given to regional cooperation in planning and spending, we should have a thoughtful and well-conceived package that addresses the needs of both the city and the county.

Buoyed by a strong mayor form of government, Bartlett could have and should have been providing the necessary regional leadership to galvanize the cooperation of our suburban communities and come up with broader strategic tax packages addressing the needs of the wider community. If he did not recognize his mission before then, the massive failure of Vision 2 provided a stunning wakeup call.

Unfortunately, Mayor Bartlett appears incapable of providing such leadership and planning. He instead offered up an initial spending package that not only ignored the county’s needs but was massively out of touch with the priorities expressed by a majority of citizens who attended many of the public meetings.

If not for the exemplary proactive actions of the Tulsa City Council we would really be in a pickle. The Council picked up the slack and through an unprecedented open and transparent process crafted what is rapidly evolving into a well-rounded package that deserves strong support.

The Council’s systematic evaluation of a broad range of capital needs and expenditures will help stabilize debt and reduce borrowing costs. It will help preserve infrastructure and ensure the efficient use of public funds. Most importantly, this capital budget proposal will be instrumental in finally beginning to implement our comprehensive plan and its land use policies as envisioned in PlaniTulsa.

Unlike the Vision 2 process, the City Council left no stone unturned in gathering public input and allowing citizens to voice both their dreams for and their concerns over this historic capital spending package. Tough choices have obviously been made because even at $919 million a lot of worthy projects will not make the final cut; sad but true.

All things considered this City Council has done an outstanding job and is on track to possibly being remembered as the best and most productive council since the change in our form of government. It is a terrible shame that their hard work and the success of this package is now compromised by a crisis in public trust they had nothing to do with.

The skepticism the public is now experiencing because of the combination of the green waste debacle and Tulsa County’s very late decision to try and recapture funding sought once again by the City of Tulsa is understandable. In our view, the blame rests squarely on the shoulders of the mayor and his missed opportunities to provide effective leadership.

Some will question the county’s initiative to seek their funding this late in the game but the problem could have been avoided with a little earlier and defter handling by the mayor. Disappointedly, his track record of managing these situations has been woefully inept and we may all pay an enormous price for his inadequacies if the capital improvement package should be defeated at the polls.

Somewhat aggravating the situation is a suggestion by the mayor’s former chief of staff in an Urban Tulsa Weekly column last week to split the vote on the tax package. He proposed an exclusive streets bundle in November while delaying the rest of the capital improvements for consideration until next spring or even into 2014.

Even though Terry Simonson does not speak officially for the mayor, they apparently have a close relationship and this idea only adds to the confusion. After all, it was Mayor Bartlett who early on dismissed several councilors’ consideration of a split package by insisting that everything go before voters this fall.

The City Council eventually came around to embracing that idea. Is the mayor now floating a trial balloon through Simonson before he dares to propose a change back to a split vote as a means to save face and compromise with the County? Who knows, but that strategy would seem only to exasperate the problem not solve it.

Don’t get me wrong, there are still some aspects of the draft proposal that need tweaking at this point; like the ill-advised $60 million in south Tulsa streets widening. Awkwardly, all of the focus has now shifted to rebuilding the public trust and trying to negotiate with Tulsa County. Those negotiations will most assuredly result in a loss to the City’s project priorities if it means sharing the “4 to Fix” money. It’s a mess that didn’t have to happen.