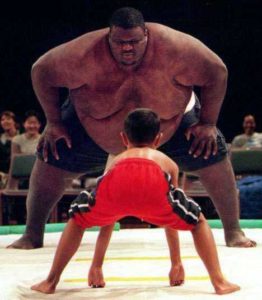 Tulsa, we have a problem. Too many of our historic and iconic downtown buildings have fallen prey to the wrecking ball. Too many ugly surface parking lots have taken their place. This untenable situation began in the 1960s and has been escalating since. It has led Tulsa to a most dubious distinction.

We were recently anointed the national champion of Parking Madness, and awarded the first “Golden Crater” award by Streetsblog, the national internet news source devoted to sustainable transportation and livable communities which dubbed us as the worst parking crater in America.

After nearly four years in office our “strong” mayor failed to provide leadership to address this mounting problem. In an effort to fill that vacuum the City Council seized the initiative in the summer of 2012 and took proactive action.

A temporary moratorium on downtown demolitions was adopted and the city planning department was encouraged to come up with a long term solution.

Over the following 12 plus months the best practices of peer cities were studied and a draft ordinance was prepared. On Sept. 18th the draft was presented to the Tulsa Metropolitan Area Planning Commission which included a staff recommendation for approval by the Indian Nations Council of Governments.

In obvious deference to special interests opposing it, the memo suggested the proposed ordinance was flawed and should be completely abandoned. This unprecedented intrusion by the mayor clearly took the wind out of the sails of the planning director’s presentation to the TMAPC.

Not surprisingly the commission voted 10-1 against recommending the ordinance to the City Council. What was surprising was a refusal by commissioners to support a continuance of 60 days to allow the parties to find some common ground.

As for the draft ordinance it was and is a work in progress, an honest effort to craft a reasonable long term solution to a very real problem. In some cases it would require a few additional steps before a demolition permit would be issued if surface parking was contemplated.

The fact is there are a variety of structures and uses that we really don’t want to promote in certain areas but we allow them under certain conditions. That’s what the Board of Adjustment does and would do if this ordinance were to become law.

Changing the way we handle demolitions and parking downtown is absolutely essential for the health and continued growth of our city. Unless we want to continue to be known as the “Worst Parking Crater in America,” we need to find a new path. The proposed ordinance would be a step in the right direction.

We obviously do need parking strategies to accommodate the increasing numbers of people working or visiting downtown, but let’s be smart about it. On-street and structured parking are preferred.

Those for and against the ordinance reflect the continuing struggle by real estate developers who maintain their property rights trump citizen activists who insist upon having a voice in shaping the built environment.

The argument is really not so much about property rights, or personal freedom. It’s about supporting the clearly stated wishes of the citizens of Tulsa. If we learned anything in PlaniTulsa it is that citizens are tired of developers dictating how the city grows.

Tulsans want a voice in how and where we apply development standards and to date it appears some developers are unwilling to listen to that voice.

Without sounding overly dramatic it seems at times as if some planning commissioners think real estate developers should be treated as deities, all seeing, all knowing, omniscient, omnipotent, and omnipresent.

Far too often most some planning commissioners hear both sides but appear to listen to only one.

How else can you characterize volunteers when they repeatedly ignore the recommendations of their own planning staff? It’s as if the real estate developers are viewed as the good guys and anyone who opposes them are the bad guys.

The thought here is that land owners and real estate developers are not good guys or bad guys. They are profit driven business people striving to make a buck and there is nothing wrong with that. However, they make a mistake when they ignore the voice of the citizens they supposedly serve.

It is clear that the vast majority of citizens do not want to see more surface parking downtown. So say the hundred plus who responded to an online survey and the dozens more who wrote letters of support to the planning commission.

It’s time to raise the standards for downtown development. All we need is an earnest sensitivity to the comprehensive plan. We must take it off the shelf, dust it off and implement it.

If all of this were left in the hands of citizens, developers and the planning professionals we employ to guide us we could easily have come up with a compromise. Unfortunately politics took over.

The memo sponsored by Mayor Bartlett was not just an expression of his opinion but a shameful, egregious and unprecedented interference by an elected official into an otherwise very orderly planning process. It was also an unbridled attempt to influence if not downright intimidate the very planning commissioners he appointed to be impartial advocates of the comprehensive plan.

Most troubling, this is not an isolated act. It is emblematic of the duplicitous tendency of the mayor to express support in public for our comp plan while working quietly behind the scenes to obfuscate it.

In a strong mayor form of government we expect true leadership from our chief executive officer. Dewey Bartlett not only shirked his responsibility to lead he threw a monkey wrench at those who tried to cover for him. Let’s hope the City Council can pick up the pieces and resume the effort to find a solution.