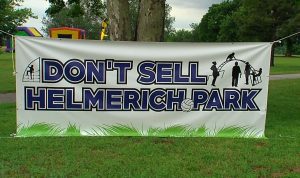 The episodic evolution of the seemingly endless saga affecting the future of Helmerich Park continues unabated.  The dueling banjos pit an energized group of passionate citizens against a second consecutive administration determined to force a bad deal down the throats of their constituents.

When news first broke that Mayor Bynum planned to propose a solution to end the rancor, the mainstream media mistakenly implied the fight was nearly over.  Casual observers breathed a collective sigh of relief under the impression the mayor had pulled the proverbial rabbit out of his hat.

Most of those who have been actively engaged in and informed about this issue knew otherwise. If anything, the strategy served only to further entrench the combatants and more or less ensure the legal battle will continue well into the foreseeable future. 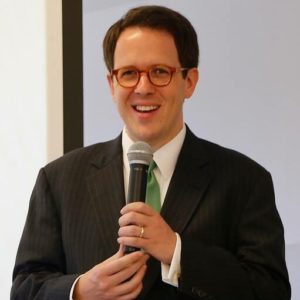 It is a sad state of affairs.  There were such high expectations from supporters of parks and open space who perceived candidate Bynum as the champion who would stand with them and face the consequences of allowing a bad deal to die a natural if not uncontested death.  The fervent hopes inspired by a political campaign promising to raise the bar for development standards evaporated quickly once details of the proposed park use “abandonment” solution became clear.

As speculated in a previous post, the present plan seems to be fueled by fear.  The thought here is that the perception of getting a black eye in the development community has been over dramatized.  As detailed by the Mayor of Carmel, Indiana at the recent Placemaking Conference in Norman, developers are attracted to communities with high standards and predictable outcomes.  We achieve those through thoughtful planning, well defined zoning ordinances and smart people making smart decisions. Simply put, if development proposals do not help us achieve our vision, we don’t need them and certainly should not incentivize them.

The more menacing fear is likely being perpetrated by a city legal department trying to cover its own tracks.  The sale contract being disputed was narrowly approved in a 3 to 2 vote by the Tulsa Public Facilities Authority, based largely upon legal advice from city attorneys who assured members they had the legal right to do so.  That advice stands in stark contrast to the expressed concerns from the two dissenting TPFA members, both lawyers, including the Chair.

Evidently a majority of our elected officials bought into that fear, convinced the city would have faced grave peril by allowing the poorly conceived contract and its multiple extensions to expire. 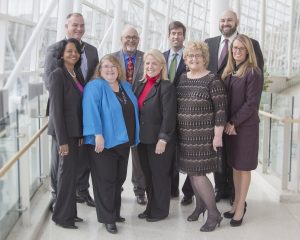 Voting for the mayor’s proposal were Councilors Phil Lakin, David Patrick, Ben Kimbro, Karen Gilbert and Anna America, who as council chairwoman cast the deciding vote after her peers were split four in favor and four opposed.  The decision implies that a simple proclamation of abandonment of the park use makes it so, in spite of those who maintain that it fails the litmus test of what constitutes abandonment.

Since the beginning the plaintiffs have maintained that the TPFA did in fact not have the legal authority to enter into a sale contract.  At this point only a judicial process is likely to determine which side is right, which side wins.  And the dissimilarity between right and wrong is often viewed under a different lens from one experienced and skilled jurist to the next.

It is not inconceivable that a case like this could ultimately wind up before the United States Supreme Court.  And even then, the final decision will be subjectively achieved by judges whose verdict will go unchallenged only because there is no further body to appeal to.  It may take years to adjudicate.

One thing is certain.  In the court of public opinion, the verdict is in and the judgement is both final and overwhelming.

Since the sale contract was considered and approved, the opposition to it has grown considerably.  Some observers have estimated a 10 to 1 majority against the deal in the comments on both mainstream and social media outlets including the Tulsa World and Smart Growth Tulsa’s Facebook Page.

A cursory non-scientific review of emails and calls received by city councilors, provided in response to an opponent’s freedom of information request reflected a ratio of about 7 to 1, an indisputable landslide.  Of those whose signed up to speak at two Special City Council meetings on the subject, opponents outnumbered proponents by at least a three to one ratio.

Incredulous is not too strong a term to describe the thoughts many citizens feel about the decision by the mayor and five city councilors to entirely ignore their pleas to hit the re-start button on determining the future of Helmerich Park.  Some perceive it as a “daddy knows best” arrogance, deflating the hope that emerged during the mayoral campaign for a more open, transparent and participatory democracy in Tulsa. The result is a honeymoon period that fell well short of expectations. 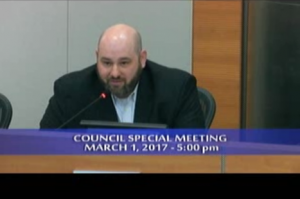 We could have had a much different scenario to write about.  One whose opening paragraph might have gone something like this: “There’s a new sheriff in town (pun intended), and his name is G.T. Bynum.  He just delivered on a campaign promise to raise the bar for what Tulsan’s expect and deserve.  Refusing to bow to political pressure the mayor has acknowledged the overwhelming public sentiment against the deal and encouraged the Tulsa Public Facilities Authority to permit the Helmerich Park sale agreement to expire and to deal with the fall-out fairly and with professional aplomb.”

Had that been the case, the reaction would likely have spawned the sounds of popping Champaign corks from Eastland Mall to Route 66 Village as Tulsan’s celebrated the arrival of a new partnership between voters and their elected officials.  It was instead a major disillusionment and a missed opportunity of significant proportions.

The end is not in sight

What had been a rather gentlemanly approach by both sides to dealing with each other is now turning ugly with escalating threats, challenges and sabre rattling.  The end-game is nowhere in sight.

The deal was a bad deal in the beginning, and in spite of modest concessions, it is still a bad deal.  It lacked public engagement, the price is too low, it forever sacrifices a prime piece of publically owned real estate whose future use lies beneath storm clouds that increasingly hover over even the most revered brick and mortar retailers.

I support Mayor Bynum on many fronts; but not this one.  His decision to turn a deaf ear to the substantial majority opposing the action will likely undermine the support he could have rightfully expected on other matters.  The outcome is disconcerting to say the least.

Editor’s Note:  The views expressed on this web site are those of our contributing authors and do not necessarily reflect the opinion or policy of Smart Growth Tulsa, its Trustees, Advisory Board Members, or our affiliate member organizations unless specifically stated.

While Smart Growth Tulsa, as an organization, has repeatedly supported the plaintiffs in the lawsuit seeking to invalidate the Helmerich Park sale contract, it by no means defines who we are.  Because this matter has been the subject of so much publicity, some casual observers might conclude that SGT and the plaintiffs are inseparable.  That is definitely not the case.

Our mission is To Advocate and Shape Smart Public Policy.  As such, we praise smart policy decisions and condemn those that fall short, like this one.

For more background information, read these previously published articles on our Blog