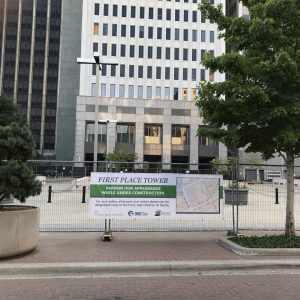 “Downtown Tulsa is a desirable destination: home to centers of culture and employment and increasingly a complete urban neighborhood including residential, commercial and recreational uses. Improving the built environment . . . offers tremendous opportunity.”  These words by Mayor Bynum introduce the Jeff Speck Walkability Study.  Mayor Bynum is correct in these statements, and the Speck study is full of data to back up the recommendations he has offered.

Not coincidentally, Tulsa recently approved the GO Plan developed by a regional group focusing on walkability – pedestrian and bicyclist safety.  While the GO Plan is regional, developed by INCOG, the consistency between its recommendations and those of the Speck Walkability study are important to note.  INCOG, a regional planning organization reached similar conclusions using local data and input from residents, whereas the Speck study relied upon his experience and analysis of national and international data.  Tulsa would be well served if it implemented both plans.

Change is in the wind

Clearly, citizens and city planning professionals desire improvements and changes in how we pursue growth.  At issue is how to implement rules and regulations appropriately to reach the desired outcomes.  Historically, some have seen design regulations as a hindrance to economic development and growth; however, this view is not supported by data.

Speck said it best: “It is hoped that the evidence gathered here will make the urgency of this report’s proposals clear, and overcome the attachment to business as usual that is generally the greatest impediment to the revitalization of American downtowns.”

Let’s talk data.  In Portland, studies found that after implementing walkable designs and expanding public transit options, the average citizen travel time was cut by 20% (4 miles per citizen per day).  This is not a particularly noteworthy number until we examine the economic value it generated.

Economist, Joe Cortright, published the study asking: what does Portland get for being walkable?  He found that this small 4 miles less driving per day translated into $1.1 billion in savings per year.

Can you imagine the impact in Tulsa if $1.1 billion was suddenly dumped into our economy over the course of 12 months?  When Cortright added in the value of time saved driving it added another $1.5 billion in savings to the city.  These are significant numbers to say the least. 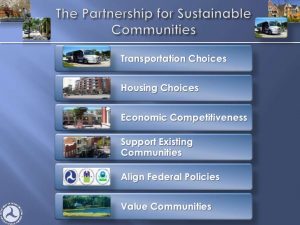 For decades, transportation planning has focused on moving traffic quickly to reduce congestion.   Data does not support the wisdom of this concept.  As Speck states in the Walkability study, “Downtowns need traffic to survive. Indeed, cars moving slowly are the lifeblood of the American City.” One study noted that every 10% increase in traffic delay correlated to a 3.4% increase in per-capita GDP.  The slower the traffic the more business generated.  Increasingly, local business owners are seeing the wisdom in supporting these concepts.

Buffered bike lanes also bring an increase in business. According to Speck, 9th Avenue in New York City showed a 49% increase in retail sales after installing them.

Millennials and empty nesters continually express a desire for mixed-use, walkable neighborhoods and work places, and they are seeking communities that provide them.  The question is will Tulsa be one of these places?  Will these groups choose downtown Tulsa?

Strides are needed to remain competitive in attracting a work-force

The competition for the recruitment of a new Amazon headquarters is currently in the news. Will Amazon choose Tulsa because of its ease of auto travel or will it be looking more at the livability of the city and the attractions it offers?

The Speck study suggests that businesses like Amazon will likely be drawn to cities capable of attracting educated professionals and a talented work-force.  Without offering the livability standards sought by millennials, a city will be an unlikely target for Amazon or any other highly sought-after firm seeking relocation options.

Trends indicate that the emerging creative class choose a place to live, then look for employment, not vice versa.   Investing in what it takes to attract a talented work-force will pay off in the end because it will attract new industry and commercial growth.

So, how can Tulsa best implement these plans?  One of the most popular tools used in growing and successful cities is zoning-overlays.  Overlays are zoning regulations that target specific areas aimed at revitalization, historical importance or economic vitality.  During the recent zoning-code update, Tulsa approved the use of overlays in every area of the city except downtown.

It is curious what motivated the downtown exception.  If our goal is to improve walkability downtown, why is the tool most likely to achieve it not available in the zoning toolbox?

The recent approval of a downtown parking garage falls far short of the Speck study recommendations, and appears to be a concession to the “business as usual” crowd which Speck described as the biggest impediment to improvement in American downtowns.

A growing amount of data seems to support the sensible use of land-use regulations to increase economic vitality by designing and implementing a more walkable environment. The numbers reflect huge gains in economic value.  It truly is a concept of “if you build it, they will come.”  Tulsa needs to build it, and Tulsa needs to utilize proven tools, such as overlays, to achieve our shared goals for a more livable community.

Let’s not be a city that concedes to the power-brokers whose self-interests don’t always line up with what is best for the community.  Planning the work, and working the plan, together, as a community, we can all benefit in extraordinary ways.

Lacey L. Shirley, graduated from University of Tulsa College of Law in May 2017 and is now practicing law, fulfilling a lifelong dream of becoming an attorney.  Lacey is a serial volunteer volunteering throughout law school at Women in Recovery, and now at Smart Growth Tulsa. Lacey is a mom to three intelligent teenage daughters who keep her super busy. When she is not working or acting as chauffeur to her three girls, you will find Lacey hiking in either the Rocky Mountains or the Ozark Mountains, digging in her garden, or reading a good book and drinking a great cup of coffee at Doubleshot.