FULL CIRCLE…FOUR YEARS LATER For Kathy Taylor, then and now 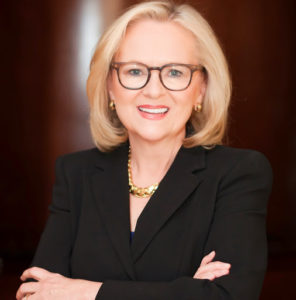 In the inimitable words of Yogi Berra “This is like déjà vu all over again.” Around this time four years ago, Mayor Kathy Taylor, announced that she would be running for a 2nd term. At the time, Tulsa was on a roll.

The BOK Center was completed and exceeding everyone’s expectations. Mayor Taylor had negotiated an incredible deal to purchase One Technology Center, Tulsa’s premier, state of the art hi-tech office building to serve as our City Hall, replacing a functionally obsolete facility in need of massive repairs and upgrades.

Planning was well underway for a new downtown baseball park with ONEOK having already purchased the naming rights. Private development was beginning to take off downtown with the opening of numerous new dining and entertainment establishments.

We were making substantial progress toward crafting a new comprehensive plan to guide future development. There was a buzz in the air and some spring in our feet. Even with signs that a serious recession might be looming, Tulsans were collectively feeling pretty good about our city and about our state of affairs.

Personally, I had never been more excited or more enthusiastic about our momentum and the promise for more. Kathy Taylor had provided the kind of decisive leadership a community needs to fashion a true vision for the future. As a lifelong conservative republican I was all set to join her campaign to help assure a second term for Mayor Taylor.

I remember sitting in front of my computer a few months later when an email from the Tulsa World popped up on my screen “Breaking News” ‘Kathy Taylor will not seek a 2nd Term.” Like most Tulsans I was stunned and saddened at the news. It was as if the wind had been taken out of our community sails.

Looking back on it, I believe the Mayor had sound reasons for her decision which she has outlined repeatedly. The recession was beginning to have a real impact on the city budget and she could ill afford to divide her attention. It would not be prudent to try and meet campaign demands while simultaneously providing a steady hand to manage the approaching budget crisis. In short, she sacrificed her personal political gain in order provide responsible governance during a critical period. She made a tough choice, but the right choice.

After the announcement, the big question on everyone’s mind was “who will lead us?” A slate of candidates eventually surfaced, including some of the usual suspects. For my part, I chose to support Dewey Bartlett, an old friend. I joined his campaign in late June and worked hard right through the general election in November to help him get elected.

To be honest, looking back on it, there were a few times during the campaign when I began to have some doubts, even to the extent at one point that I wondered if I was working for the wrong candidate. I was and am a very strong advocate for our comprehensive plan which was adopted in July of 2010. I felt that it was crucial that we elect someone who would champion the implementation of that plan.

In spite of some telling signs that Dewey Bartlett might not have been all that keen about the plan, he continued to reassure me so I carried on. For four and a half months, I worked the phone room, canvassed neighborhoods knocking on doors, lobbied several different voter groups, put up signs, and wrote the mother of all endorsements letters, one of which was published in this newspaper November 4th, 2009.

Okay, let’s be honest, I goofed up. I made a mistake not only in supporting Dewey Bartlett, but by convincing many PlaniTulsa advocates to support and vote for him. I’m sorry, really sorry and I have second guessed myself many times over the past three and a half years. It is obvious that Mayor Bartlett never had any zeal for PlaniTulsa.

When it became clear that I had been deceived by Dewey Bartlett, the candidate, I redoubled my commitment to the Tulsa Metropolitan Area Planning Commission and the Transportation Advisory Board and continued to speak out in support of the comp plan. I also began trying to convince Mayor Taylor to run again when Mayor Bartlett’s term expired.

In addition I seriously considered running for the position myself. I put together a team of supporters and volunteers and we began to develop a platform and campaign strategy. I have been around city hall long enough now that I’m convinced I have the skillset to make a good mayor. I can compete in the arena of ideas and I’m a good listener. Until Kathy Taylor entered the race, I was ready to offer my best to the citizens of Tulsa, and let me tell you, it can be a pretty scary prospect, knowing the challenges facing us.

However after careful and thoughtful consideration I have decided against being a candidate for Mayor of Tulsa. While I would not rule out a run for elected office in the future, I have concluded that I can best serve my community at this time by continuing my service on the Planning Commission and the Transportation Advisory Board.

I wish to publically thank the many volunteers and supporters who encouraged and worked with me over the past 6 to 12 months as we explored a potential Mayoral candidacy. During my listening tour I visited with literally hundreds of Tulsans from all walks of life and determined that there is a real appetite for strong, decisive and visionary leadership in the Mayor’s office.

Quite obviously, our citizens expect and deserve effective police and fire protection, quality public schools, and responsible infrastructure development and maintenance. Beyond that they are hungry for more housing choices, better public transit options, sustainable development practices and the lifestyle amenities needed to attract and retain young people.

It’s past time for a change. Mayor Bartlett simply has not lived up to voter’s expectations. During his time in office we have continued to fall further and further behind the cities we are competing against for jobs, growth and prosperity.

So, here we are four years later and once again I have decided to support Mayor Kathy Taylor and I encourage my supporters to do the same. She has proven leadership skills, an experienced track record, and the tireless work ethic we need to reach our destiny as a great American city.