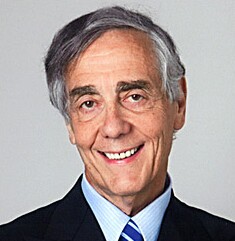 Even George Kaiser seemed overwhelmed at the turnout and excitement generated by the unveiling of The Gathering Place’s Phase I design on June 18th at TCC’s Center for Creativity. The Project Coordinator, Jeff Stava, was left momentarily speechless before acknowledging “Wow, there are a lot more people here than we thought.”

The place was completely packed, standing room only, in the 1st floor meeting room. Dozens more stared down from a 2nd floor catwalk while hundreds waited outside for a chance to come in and see color renderings and the 3-D scale model of what will most likely be the largest private gift the city of Tulsa has ever received.

The George Kaiser Family Foundation (GKFF) is leading the effort to significantly enhance the River Parks by connecting three adjacent waterfront parcels to the existing system, creating a broad and active civic commons where people of all ages and backgrounds can experience something new, visit after visit.

It was obvious that anticipation has been building since designers and developers organized a handful of public meetings to solicit citizen input and determine what Tulsans wanted to see in the completed park.

Famed American landscape architect and lead designer on the project Michael Van Valkenburgh did not disappoint. He and his associate, Matt Urbanski gathered around a model of the park and presented an overview of the project.

Van Valkenburgh made it clear that The Gathering Place would offer great diversity in the range of activities and things to do, especially for families and children, including grandparents and caregivers as well.

Mr. Kaiser has made it clear that he wants the park to help spark a renewed sense of community spirit which has been lacking in Tulsa in recent years. His assessment is indicative of a similar decline nationwide and even globally.

Robert D. Putnam, author of Bowling Alone: The Collapse and Revival of American Community (2000), notes that social capital has been falling in the United States. Putnam found that over the past 25 years, attendance at club meetings has fallen 58 percent, family dinners are down 33 percent, and having friends visit has fallen 45 percent.

The same patterns are evident in many other countries. Western cultures are thought to be losing the spirit of community that once existed in their institutions including churches and community centers.

We all belong to numerous communities over time whether based on geography, ethnicity, religion, interest or other social factors but the roles of those communities change as our roles as parents and career professionals change.

In human communities, belief, intent, resources, preferences, needs, risks, and other conditions reflect the identity of the participants and their degree of cohesiveness. For a community to flourish and be sustainable, both freedom and security must exist. The key is cultivating a sense of connectedness through the formation of social networks and the development of inclusive public gathering spaces.

After years or even decades of the increasing isolation of much of our population there are strong signs that the desire from the public to be part of a community is returning. Accordingly, Mr. Kaiser has been quoted as saying that Tulsans crave something that will generate excitement and keep our children here and bring back those who have left.

For one thing, having a robust talent pool is crucial to creating new jobs and appealing to growing corporations in search of a place to land. If all goes according to plan, The Gathering Place will reflect the culture and spirit of Tulsa. It will feature something for everyone and combine a blend of nature within the urban setting.

It holds the promise of becoming a truly legendary park that will become the envy of cities nationwide. So the timing for this exciting new community asset could not be better.

The act of doing something together is what’s most important. By bringing people together from all walks of life the city is re-energized and re-invigorated. Planned amenities include an adventure playground, a lodge, a pond, a boathouse, gardens and two grand lawns jutting into the river.

Sociologist Ray Oldenburg states in The Great Good Place that people need three places: 1) the home, 2) the office, and, 3) the community hangout or gathering place. With this philosophy in mind, many grassroots efforts such as The Project for Public Spaces are being started to create this “Third Place” in communities.

“This project represents an opportunity to turn Tulsa’s waterfront into a force for improving the city’s social, economic and environmental sustainability. Given Tulsa’s rich architectural history and cultural institutions, this diverse and highly active waterfront park will complement existing urban amenities and strengthen the connections between the city and its natural environment,” as detailed in the aforementioned Vision statement.

The George Kaiser Family Foundation is dedicated to breaking the cycle of poverty through investments in early childhood education, community health, social services and civic enhancement.

Founded in 1999, the Foundation invests in expanding high-quality, early childhood education for low-income children because research studies suggest that giving at-risk infants and toddlers exposure to such programs is the most effective way to improve their opportunity for success in school and life.

Development of The Gathering Place seems to be entirely consistent with GKFF’s mission. The park’s diverse and inclusive design will build community and add to our sense of belonging for generations to come.

VOTE NO ON STATE QUESTION 777! It's a dangerous constitutional amendment that is not needed
August 31, 2016

PROTECT YOUR HOME and BUSINESS You never know when disaster will strike
November 11, 2015
Join Here and Subscribe to Our Newsletter
Search
Recent Posts
Categories
Archives
Go to Top