HASTE MAKES WASTE Vision 2 Places the cart before the horse 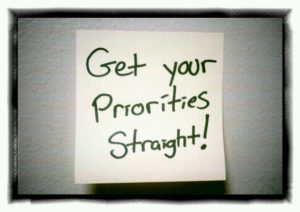 All well-conceived capital improvement plans are necessarily tempered by fiscal realities that demand a rigorous evaluation and prioritization of candidate projects. The City of Tulsa is currently sitting on an unfunded capital improvement wish list in the range of $7 billion dollars, not including the Vision 2 proposals. Obviously there is nowhere near enough money to fund even 25%, let alone all of these projects.

The next tax package we should be considering is the extension of the 3rd Penny and “Fix Our Streets” which is set to expire in June of 2014, NOT the Vision 2025 extension which expires in 2017. Planning for the 3rd Penny extension by city staffers has been quietly flying under the radar without any public participation whatsoever while we are all preoccupied with this hurried Vision 2 proposal.

As has been pointed out previously in this space, setting priorities is and necessarily should be a painstaking and deliberate process that includes substantial public engagement. In the case of Vision 2, we are talking about a combined spending program of $750 million dollars. The public is entitled to a lot more information about its various components if we are expected to support such a proposal.

Information about Vision 2 has been sorely lacking, particularly items in the so-called economic development element. Only recently have we learned that the tenants who would benefit most from passage of this plan are under sweetheart lease terms that often defy the imagination. Several of them pay only $1 dollar per year for hundreds of thousands of square feet of space.

However, the leases do place responsibility for maintenance and repairs on the lessees not on the owner which in this case is the City of Tulsa. Why then should we consider investing hundreds of millions of dollars more in those aging facilities without solid guarantees of a return? Every day that passes we discover new information that makes the entire scheme suspect.

It is way too early to make any commitments at the airport industrial complex. Let the dust settle on the American Airlines bankruptcy, and let any potential airline mergers play out, then we can sit down and negotiate an agreement that might benefit all the parties.

It would be risky and imprudent to obligate taxpayers before they have enough information to make an intelligent decision. With $386 million dollars of taxpayer’s money in the economic development package at stake, the “trust me” argument won’t cut it.

There is too much uncertainty, and too many unanswered questions to make a responsible and informed judgment at this point. Just think what we could do by saving the $80 million dollar bonding costs alone. That money could be used to address the myriad of other worthy quality of life improvements that will go begging if this plan passes.

It is clear most Tulsans are ready, able and willing to invest in their city. In fact, most of us would love to build on the momentum of Vision 2025. We know Vision 2025. But one thing is certain; Vision 2 is no Vision 2025, not even close.

With four years remaining before its expiration it is premature to ask taxpayers to approve this package now. There are too many moving parts and too many things that can change between now and then.

Make no mistake, many quality of life projects which made the Council and the Mayor’s final cut are worthy of consideration. In fact you can make a strong case for almost all of them.

Unfortunately, many worthy projects were left out due to the hurried nature of the process. And, without a proper sustainable return on investment analysis the actual amounts allowed for each project is dubious at best.

A more thoughtful approach might have yielded a much different looking list had more time been allowed, as evidenced by the fact that changes by the City Council were still being made to the list at the very last hour of deliberations.

At the same time, a number of suburban communities seem to have been so exasperated by the short time frame allowed; that they appear unwilling or unable to identify exactly how they will spend the money if it passes.

By not knowing what will be included in the more imminent 3rd Penny and Fix our Streets package, standing at about $960 million dollars as it is presently conceived, it is difficult if not impossible to determine the most pressing needs for a Vision 2025 extension.

Complicating matters even more is the temptation we all have to become so engrossed in seeking funding for our particular favorite project, that we blindly ignore consideration of the larger commitment we must make to get our piece of the pie. Who can really blame the people at the zoo, the library, the children’s museum and the universities for not wanting to rock the boat or to speak out for fear of losing their share?

As my friend and Councilor Blake Ewing says it is almost like we know we shouldn’t take candy from strangers but it tastes so good we can’t resist the temptation. And that is exactly what the proponents of Vision 2 are banking on. That we will become so distracted by trying to get our fix that we will ignore the danger signs lurking around every corner.

The quality of life project list is not so suspect for what is included as it is for what is not included. There is no money for transit, (street cars, light rail, or an improved bus system) a critical key element of our comprehensive plan. There is no money to advance our new land use policies like small area and corridor plans and their related infrastructure improvements, no money for sidewalks or ADA compliance. We could go on and on.

The bottom line is this. When it comes to our tax dollars, we only have so many bullets to shoot. Shouldn’t we wait until daybreak so we can at least see the target?