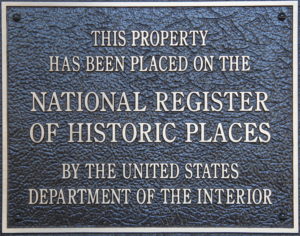 Historic preservation, smart growth, sustainable development, and new urbanism are terms we seldom hear bandied about by our elected officials in Tulsa. This is an unfortunate fact that needs to change if we are going to meet future challenges for economic growth and development.

Make no mistake about it, we do have dedicated and serious minded preservationist, as well as new urbanism and smart growth advocates in our community. But until our elected officials and business leaders buy into and support these initiatives, they will not get the traction they need to foster meaningful change in the tired old development patterns of our past.

Tulsa is a relatively young city by most standards. Perhaps that provides one explanation for why these concepts have been slow to take hold. However, we cannot discount the effects of a perceived leadership vacuum that exudes laziness and a lack of vision.

I recently had the good fortune to attend a Preservation Leadership Training course sponsored by the National Trust for Historic Preservation and hosted by the City of Tulsa Planning Department. This conference had a profound effect on me and I can honestly say it was one of the most productive, positive, and inspiring experiences of my professional life.

In a nutshell, the training included an examination of the financial incentives and other economic considerations in redeveloping historic structures. It also explored how historic preservation as an intervention strategy and policy impacts local economic development. Participants followed the progress of prototype projects and applied this knowledge to demonstration projects located here in Tulsa. The scope of those demonstration projects will be detailed later in this article.

The majority of participants were from outside Tulsa. In order to provide a proper background and framework for the development of our demonstration projects, group members were provided the opportunity to interview local developers, architects, planners, engineers, property owners and entrepreneurs. Additionally, they were provided an enormous amount of demographic information and treated to a historical slideshow featuring photos of downtown Tulsa at various stages from the heyday of the 20’s to the present.

At one point in the slide show, a photo taken in mid 1970’s looking north on Boston Avenue from high up in the tower of Boston Avenue United Methodist Church was featured. When it transitioned into the next photo, taken from exactly the same perspective about 35 to 40 years later, the entire audience let out a collective gasp at the dramatically changed landscape.

The first photo documented a vibrant, densely populated urban core that had been reduced to a barren sea of asphalt only a few decades later. The loss of so many historic structures obviously stunned everyone, even the locals. It was a pretty dramatic moment for everyone and it left me with a lump in my throat. I can honestly say it was a turning point for me. I get it now, I so get it.

I grew up in this town, this is my home. So much of it has been lost that it is hard to get your arms around the scope of the forfeiture. Like most locals, I have grieved about the loss of my favorite landmarks, but done little to protect our remaining historical assets.

In the future, I would like to reverse that trend and help make a difference.

During the PlaniTulsa process, which resulted in our new Comprehensive Plan, citizens seemed to uniformly agree that we need to cultivate and nourish what is popularly known as “a sense of place.” Preservationist and smart growth guru Donovan Rypkema defines it this way: This community is neither “anyplace” nor “no place” but “someplace,” unduplicated anywhere. Our built environment is part of what defines us, what makes us unique and different. For too long, we have undervalued and taken that built environment for granted.

Over recent years, the benefits of historic preservation have been well documented locally, regionally, nationally, and globally. Some are intangible benefits like the retention of history, heritage and authenticity. After all, the built environment, perhaps more so than anything else, expresses a community’s identity, diversity and individuality.

Practical benefits include neighborhood stabilization, job creation and skills passing, attraction of tourism, downtown revitalization, sensible use of existing infrastructure and mass transit which encourages pedestrian rather than vehicular traffic, and returning the value of non-performing structures to the tax base, to name but a few. Successful preservation is typically an incremental strategy within the framework of a broader focus. Historic assets must first be recognized and identified, then protected, then enhanced.

The creative and adaptive reuse of historic buildings has proven to be remarkably versatile in meeting the demands of a wide range of uses. These buildings often provide affordable rent, thereby serving as incubators for entrepreneurs and growing small businesses which account for 85 percent of all the new jobs created in America. Properly executed historic preservation efforts are great examples of the physical sustainability of the built environment, and the functional sustainability of public infrastructure.

Now, hopefully, you have some background to understand the challenge of our Preservation Leadership Training team demonstration projects. Two buildings were chosen including the old Downtowner Motel at 4th and Cheyenne, and the former International Harvester Building at 510 E. 2nd St. Our group was divided into four teams of three, two working on one building, and the other two on the other building.

Our assignment was to take the information we learned from our trainers and develop a proposal that outlined an economically viable way to preserve the cultural and architectural heritage of the properties, including recommendations for a self-sustaining and community responsive method of operation.

We were responsible for defining a use for the buildings, demonstrating a market, identifying stakeholders and their role, assessing the condition of the buildings, pinpointing and estimating needed improvements costs, and mapping out funding strategies. Our days began at 7am and often lasted until 10pm or later. It was both exhausting and exhilarating at the same time.

My team and I were assigned to the International Harvester Building, a 38,000 square foot, single story structure located just east of the new Lee’s Bicycle Shop in downtown Tulsa. It was built in 1937 to offer sales and service of farm related equipment. In its most recent life it had been owned and operated by Bill White Chevrolet as a truck center but it has been vacant since the 80’s. We toured the building on a Sunday, the first full day of our workshop.

One team proposed a mixed use renovation and rehabilitation that included some new construction. It featured a combination of multifamily loft style apartments, office and retail with total development costs in the $7-8 million range. It was an aggressive and impressive approach to historic preservation. Our team however questioned whether the timing was right for such an ambitious project in the east village.

The building is rather unassuming with minimum architectural details. I had driven by many times without so much as a second look. That changed the minute I walked into the building, which is basically divided into two sections, the former showroom in the front and the warehouse like space which formerly housed the service and parts department in the back. There are concrete floors, a barrel roof supported by intricate steel joists and super structure, and broad open expanses with skylights.

When entering the building, my first thought was that this would make a great urban indoor farmers market. My teammates agreed and we went to work on our development plan. We concluded that vibrant cities almost always have a central market place where people gather to shop and mingle, and that the timing was right for Tulsa to have its own.

Our approach envisioned a sensitive rehabilitation of the building that makes few changes to the current layout and maintains its open spaces and architectural details. The open floor plan, high ceilings, natural light and easy truck access to the interior of the space are all great amenities for an indoor market.

In recognition of its history, we named the venture Tulsa Harvest Market which we expect to be the next great addition to Tulsa’s “Buy Fresh Buy Local” philosophy. Food, culture and eating local are hot trends right now and the Oklavore movement is just getting off the ground. We have an opportunity to harness that new vitality in an emerging neighborhood that is teeming with creativity, energy and potential.

Our proposal includes financial projections indicating both relatively low total development costs and a healthy cash flow. In other words, it is not just a sound idea for a great addition to downtown Tulsa, but a very viable business opportunity.

The Tulsa Harvest Market as we envision it will be an attraction unto itself for all Tulsans and beyond into the metro region, adding positively to our sense of identity and our sense of community. The best part is that our concept provides for an adaptive reuse that will best preserve the historical and architectural integrity of this great building and protect a great symbol of our heritage and our evolution as a city.

In an era of globalization we need to be mindful to safeguard our localization, to preserve and to protect our historic assets, those things that distinguish us from any other place on earth. That includes our human, natural, physical, functional and cultural assets. But it also includes our built environment that is so visible and so recognizable. We simply must take a larger measure of responsibility for our own economic future. My participation in the Preservation Leadership Training class convinced me that we need a new, and a more resolute perspective on the value of historic preservation.