Hopefully, Tulsa I’m optimistic because this city is poised on the precipice of an historic resurgence of inclusiveness.

A few weeks ago an election was decided. One candidate won the popular vote and the other won the electoral vote. That’s how we do it here. Thank God, it’s over.

Now let’s turn our attention back home to Tulsa, where you’ll recall some very bright stars are aligning and amazing opportunities are mere weeks away.

Yahoo! News, October 27, 2016, said, “In a scene from his new film, ‘Michael Moore in TrumpLand,’ the Oscar-winning filmmaker predicts that Donald Trump will win the Nov. 8 presidential election because the middle class is fed up with the establishment and will vote for the Republican nominee….”

“He is the human Molotov cocktail they have been waiting for,” Moore said. “The human hand grenade that they can legally throw into the system that stole their lives from them.”

Milo Yiannopoulos, writer for the conservative website Breitbart, claimed that [the] filmmaker was making the “case for voting Trump.” But what it doesn’t include is what Moore says next: That the disillusioned and “dispossessed” who voted for Trump — like the British who voted for the so-called Brexit — would quickly come to regret it.“

So, with Trump’s election as our “Brexit” vote, just as in Great Britain, ours was a misguided, reactionary vote against EXCLUSION.

Where success is defined by vast wealth, where those doing their best to be average are being excluded for lack of access and power, that’s where the arrogance of exclusion turns everyday people into angry voters with few apparent options.

It’s not that they’re discontent in their day-to-day lives. They hang out and laugh with their neighbors, do a little fishing, play cards or golf or binge on Netflix. Life’s okay.

But they know they have little to say about the decisions and deals made above them. They dream about exotic travel but know they’ll just spend weekends at the lake. They feel excluded from decisions that affect their 401(k)’s, excluded from the best healthcare, and excluded from the certainty that their kids can do better than they did.

This time at the polls, they decided to fight back. Hence, our Brexit; sold to us by P.T. Barnum. It appears the promises of salvation are already looking bleak

But Hopefully, Tulsa, in our corner of this chaos we can choose hope.

It would be easy to lose ourselves in worst-case stories after exhausting months of rancorous campaign fatigue..

But continuing to wallow in the muck is the same as choosing self-pity. Tell me, when has self-pity ever improved your optimism?

This fantastic Country, all 50 United States of us, decided for ourselves what direction we want to go. Yes, We decided; as in We together, in Community. We are this messy but amazing democracy.

Living in community, we still seek the best for our children, hope to earn enough to have a decent life; we pray a catastrophic illness doesn’t wipe out our family’s savings. We fight for the most inclusive and safest nation on the planet. It’s what we’ve done for 228 years. Win some, lose some.

Every day, we each get a choice around a universal truth: Acceptance is the key to serenity. Today, I choose serenity.

In this choice, I turn my attention to my home—My Tulsa; my hopeful place. My roots. Where I’ve invested my working hours building a career, a family, a home and places to play. This is where my tribe meets to share wisdom and hope on a common journey. I like myself here in Tulsa where I can make a difference in my world and participate in creating my opportunities.

I have reason to be optimistic because this city is poised on the precipice of an historic resurgence of inclusiveness. Our new Mayor, GT Bynum, is a rare leader with vision and a talent for seeing a pathway to success. He knows how to make the heart connections that thread together the ocean of stars representing our community of shining lights.

It may be a bit soon to pile on these accolades, GT; you’ve barely started the job and there’s still time to screw up. But, I’m pulling for you because, so far you’ve shown us a thoughtful and deliberate guy who epitomizes the ideal of what we asked for when we decided these powerful leadership positions would be non-partisan—when we discarded yesterday’s cronyism and exclusion in favor of a new inclusion. 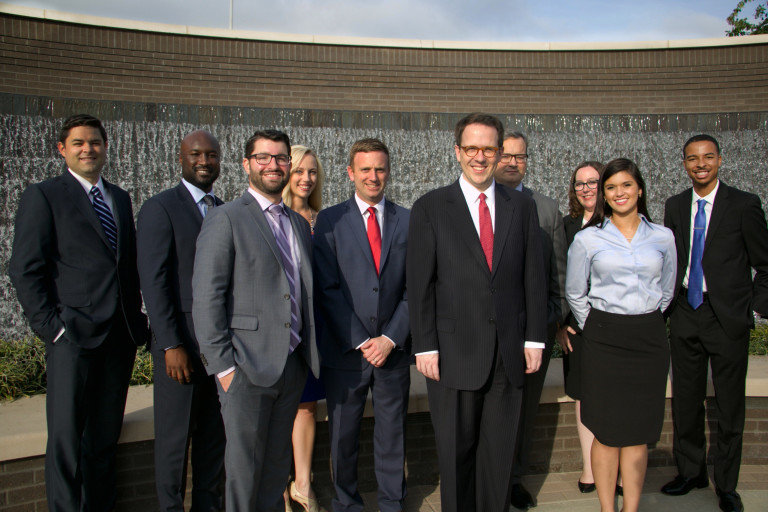 You’ve publicly stated that openness and inclusiveness are on your agenda for governance. You’ve argued strongly for data-driven decision making. Your choices in key staff members reflect those positions. Many of them demonstrating years working and living a core value of inclusion.

So here’s my final point.

Now that we’ve witnessed once again how EXCLUSION results in divisive rancor and rogue leadership, we have a chance to flip the paradigm and make INCLUSION the standard.

We have a chance to capture the passions Smart Growth Tulsa, Code for Tulsa, and many other volunteer groups who want to be part of the legacy that positions Tulsa as a national leader in demonstrating how inclusive government works.

Smart Growth Tulsa is already leading collaborative work with other groups applying their own gifts to deliver open public data, resources, and processes; to assist where needed to help you and your team govern from a strong position of data-driven facts.

Fueled by these passionate people and the political will and courage to lead, Tulsa can draw the best people from around the world looking for meaningful places to contribute their talents.

Within an inclusive, innovative incubator, we’ll create an economic environment that can erase our perennial budget deficits and generate revenue to push us to the very highest in all metrics related to education, housing, food access, public safety, healthcare, the arts, public transportation, and quality of life.

GT, let all of us get on board with you. Let us join together and bring to bear our collective talents to further an inclusive agenda for the government you promise. Join us to collaborate and deliver to the world the Tulsa we all know is poised and ready to take the summit.

All my Best in Hope and Passion
Jim Beach, Member
Smart Growth Tulsa Advisory Board

Jim Beach serves as the Planning Director for the City of Jenks where he will contribute to policies and processes to further smart, progressive growth in this fast-paced city adjacent to Tulsa. He most recently worked as a developer’s consultant, performing due diligence and land use entitlements on commercial and institutional projects for Wallace Engineering.

A graduate of OSU, he was a licensed landscape architect in private practice for nine years before joining BSW in 1988. In 1995, Jim moved to INCOG, staffing the Board of Adjustment and TMAPC before returning to private consulting in 2004.

At INCOG, Jim found his passion for public service and empathy with citizens attempting to navigate land use planning processes. In 2002 he began exploring a concept he called Landrules, to improve citizen access through web-based tools. He shared his ideas with community leaders, advocacy groups, and Mayor Kathy Taylor’s Land Use Education & Communication Task Force. Though not implemented, the idea still percolates and he enjoys watching the tech community in Tulsa making progress the past few years.

Jim has promoted bicycle events since 1992. In 2005, he helped create Saint Francis Tulsa Tough where he served as Gran Fondo Director and Operations Director for 10 years. He currently serves as Chairman of the Board of Directors for Oklahoma Freewheel.