LESSON IN CIVIL DISCOURSE Own your words to legitimize them 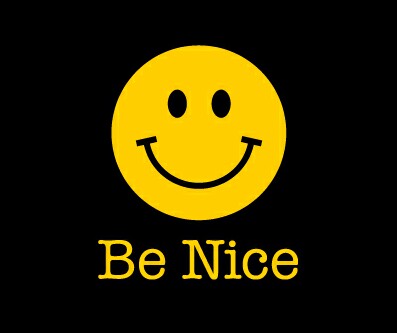 Civil discourse is engagement in conversation with the intent to persuade or enhance understanding. Kenneth Gergen, American psychologist and professor at Swarthmore College and brother of David Gergen, the prominent political analyst describes it as “the language of dispassionate objectivity.”

He goes on to suggest that it requires respect of other participants, such as readers. ‘It neither diminishes the other’s moral worth, nor questions their good judgment; it avoids hostility, direct antagonism, or excessive persuasion; it requires modesty and an appreciation for the other participant’s experiences.’

From coast to coast civil discourse is precisely what has been missing in online media blogs. That is why the recent decision by Tulsa World management to require on-line commenters, like those in the print edition, to use their real name is a welcome one. From all indications, more and more traditional media sites are moving to moderated or full disclosure approaches.

No one has tested the boundaries on what is acceptable quite like radio call in shows whose anonymous talkback ranges from the anodyne to the intemperate to the inflammatory to the vile. It seems the medium itself has been unable to resist the temptingly good ratings fed by the most rabid diatribes imaginable.

Major newspapers however have been perhaps the biggest perpetrators of allowing anonymity online. In 2006 Gannett, publishers of newspapers and media properties throughout the world, began accepting anonymous article comments online.

Since then they have apparently grown weary of the results. According to Jodi Gersh, Gannett’s social media director, “the level of conversation on stories turned into a place for racial slurs, name bashing and other negative behaviors. We worked tirelessly to resolve the issue, however the problem remained.”

Now the media giant is moving toward holding commenters accountable for their words and Gersh says the company has been pleased with the results and has seen increased civility in comment threads, along with increased participation from local public figures and other news sources.

Hopefully other responsible media outlets in Tulsa like the weekly newspapers and network affiliated TV stations will follow the lead by Gannett, the Tulsa World and many others.

Study after study has shown that anonymity increases the likelihood that people will behave badly. Remember the infamous experiment by Yale professor Robert Milgram in the 1950’s? It instructed study participants to deliver supposedly increasingly painful electric shocks to “students” (portrayed by actors) when they answered memory questions incorrectly?

The study revealed that participants were more likely to give potentially lethal doses of electric shock to victims if they could not see them. It appears there is a correlation between this science and online interactions. People are apparently more inclined to be rude, hurtful or thoughtless when they are not face to face and especially when they can hide behind a mask of anonymity.

The relative anonymity of comments posted online promulgates freedom of speech without fear of the consequences. It often leads to hateful and vitriolic cyber bullying and unsubstantiated claims and accusations. Let’s face it; nobody is served by this kind of irresponsible behavior.

The fact is, online comments are easily read and interpreted as more aggressive or threatening than they are likely intended. Because they lack the visual cues like body language, gestures, facial expressions and tone of voice they can be easily misread and misinterpreted.

So what has happened to the traditional journalistic argument that anonymity is some sort of inalienable right? The fact is, commenting on media articles in not a First Amendment issue. The First Amendment outlaws government restriction on speech. What a person or media mogul wants to restrict on their website has nothing to do with that.

The reason media sites are moving to do away with anonymous comments or requiring moderation is rather obvious. Total freedom has resulted in often venomous dialogue that is counter to the desired meaningful discussion the media outlet is trying to inspire. Purposeful, thoughtful and carefully considered comments are discouraged. Rancorous, careless, noxious and shoot from the hip comments are seemingly encouraged.

While none come immediately to mind; there may be occasions when anonymity is prudent and justifiable. In reality however the most common reason for not putting one’s name to one’s opinions is not having the courage of one’s convictions or more simply stated an act of outright cowardice.

Many of these blog posters consider their unrestricted freedom to say what they want in whatever way they want, without regard for even a hint of civility as a healthy expression of democracy. A lot of others view it as a democracy of the gutless whose principal weapon is malicious abuse against unsuspecting victims unable to defend themselves while the perpetrators hide behind the ramparts of their anonymity.

Thankfully, there is a nationwide movement trending away from anonymity without some level of filtering. The timing is good because the courts have recently showed clear signs that pure anonymity without limitations is not wise.

Yes, we all have a constitutional right to anonymity on the Internet, up to a point. However, when you cross that line from protected speech to that which is truly harmful, you can be held accountable for your so-called anonymous post. According to some reports, the state of Georgia saw three cases of anonymous posters brought to court and fined in excess of $100,000 in 2011 alone and it seems to be a growing trend.

Here’s an idea. Let’s revisit the art and artistry of applied rhetoric as a productive civil practice. Let’s challenge the anonymous blog posters to discipline themselves. Let’s ask them to utilize Aristotle’s three persuasive audience appeals to make their point; logos, pathos, and ethos. More simply stated let’s ask them to use reason and good judgment, as well as compassion and sympathy while recognizing the underlying sentiment that informs the beliefs, customs, and practices of our community.

Let’s also ask all Tulsa media outlets, large and small, to revisit their blog posting policies and determine if they are truly representative of the standards they value.

Here is the bottom line: Sign your work. I do. You should too.

WHAT’S GREAT ABOUT AMERICA Some inspiring words of wisdom
May 13, 2015

EXPERIENCE EAST TULSA Get to know your city.
September 12, 2014

GROWING UP IN TULSA NORTH Most daily needs were within easy walking distance
April 20, 2014