Mayor Dewey Bartlett has missed an important opportunity to implement a key element of Tulsa’s comprehensive plan. He expresses support for the plan publicly but has fallen short with his behind-the-scene action.

The plan’s Land Use Chapter says: “To support downtown’s lively and walkable urban character, automobile parking ideally is located on-street and in structured garages, rather than in surface parking lots.”

In our plan we have a policy that clearly states we can best serve the public’s interest by trying to retain downtown building stock and by avoiding its casual demolition for the creation of low-quality surface parking. 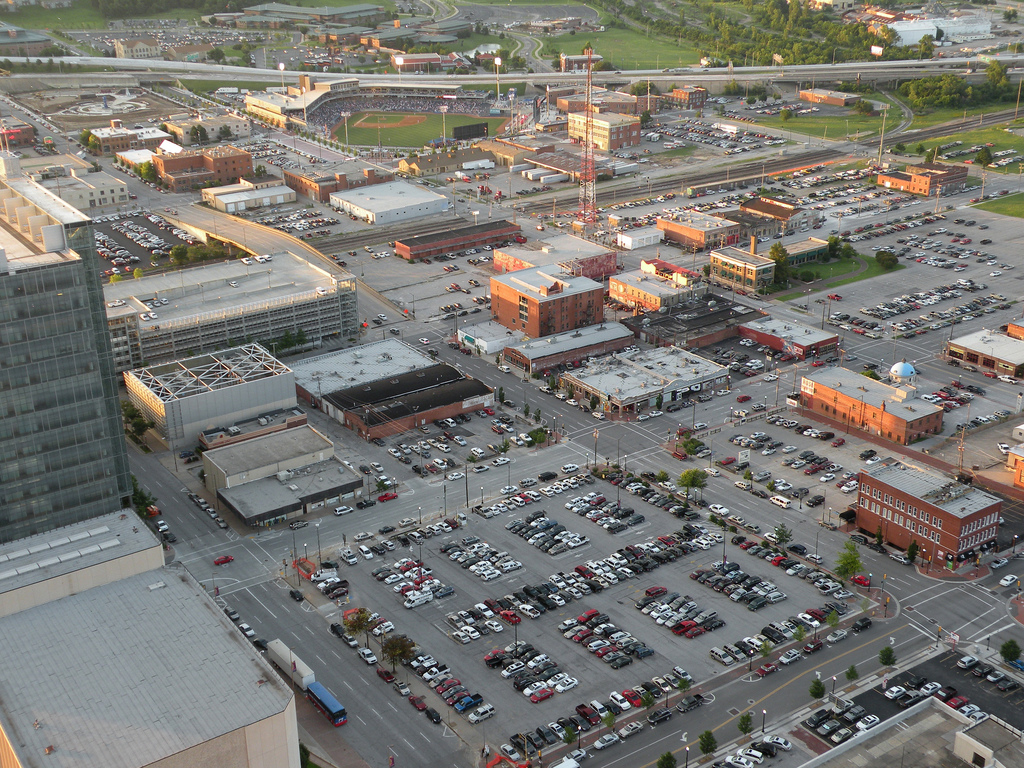 If we are truly pursuing public policy we need effective zoning and ordinances to support that policy. Until Sept. 18 an orderly planning process was underway to develop just that, an effective ordinance dealing with the demolition of buildings to repurpose the land for surface parking lots.

For decades, Tulsans have witnessed the unrelenting and systematic demolition of a significant number of downtown’s historic buildings. The proliferation of surface parking lots resulting from that demolition has led Tulsa to a most dubious distinction.

Streetsblog, a national Internet news source connecting people to information about sustainable transportation and livable communities anointed Tulsa the national champion of Parking Madness, and awarded us the first “Golden Crater” award in their hunt for the worst parking crater in America.

When Mayor Bartlett failed to provide the leadership needed to address this important issue, the City Council took the reins and adopted a temporary moratorium in the summer of 2012 to stop the bleeding. The Council also encouraged the city Planning and Economic Development Department to develop a more long-term solution.

In a yearlong process, the planning department studied the best practices of other cities. They drafted a proposed ordinance to deal with the problem. It was recommended to the Tulsa Metropolitan Area Planning Commission on Sept. 18, with the blessing and support of the Indian Nations Council of Governments staff.

Bowing to political pressure at the last minute, the mayor jumped on board with downtown property owners and real estate developers who opposed the proposed ordinance.

Through a memo issued by his chief of staff to the planning director and distributed to planning commissioners just hours before the commission meeting, Bartlett implied that the entire process was flawed. He suggested the proposed ordinance be completely abandoned. Abdicating his leadership responsibility and his role as chief executive officer, the mayor advocated sending the entire matter back to the City Council.

The memo effectively pulled the rug out from under the planning director. You can imagine the chilling effect it had on her presentation to the commission. In deference to the memo, her timid responses to questions from commissioners must have contributed greatly to the commission’s 10 to 1 vote to deny the ordinance.

Bottom line, this is a classic property rights struggle between real estate developers who want to avoid any obstacles and citizen activists who insist upon having a voice in shaping the built environment.

The thought is that the proposed ordinance was not overly prescriptive. Our planners looked at alternatives and models that work and used those as guidance.

The ordinance did not ban demolitions or surface parking. It simply asked property owners to make their case and describe their particular circumstance before exceptions are granted.

Bill Leighty is a real estate agent and member of the Tulsa Metropolitan Area Planning Commission.