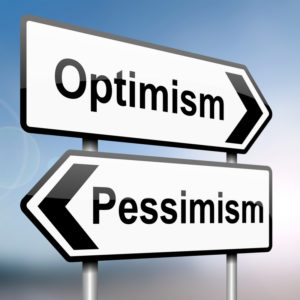 The May 8th Mayoral Candidate Forum sponsored by the League of Women Voters revealed well defined differences between the three candidates, especially when it comes to support for PlaniTulsa and the city’s Comprehensive Plan. Each of the Mayoral hopefuls was given an opportunity to respond to multiple questions which related either directly or indirectly to the comprehensive plan.

Only former and future Mayor Kathy Taylor decisively and explicitly pledged to aggressively implement the plan which has basically been gathering dust on a shelf in the backroom since it was adopted almost three years ago.

Both Dewey Bartlett and former Councilor Bill Christiansen expressed strong reservations about parts of the plan, not surprising to those of us who have closely followed its progress or rather the lack thereof.

Repeatedly referring to PlaniTulsa as Planning Tulsa, Bill Christiansen demonstrated just how disconnected he is from the visionary plan developed with input from thousands of energetic and engaged citizens.

When asked how the candidates would re-energize PlaniTulsa, Bartlett admitted he had serious doubts about some of the land use parts of the plan. He apparently thinks they threaten the property rights of his real estate development friends, failing to take into account the interests of private citizens and their dreams for more mixed use neighborhoods. He also referred to the comprehensive plan as a “guideline” rather than what it actually is, adopted public policy.

He called to mind the recent debate over form based codes which he described as ‘scary’, presumably because they dare to prescribe “build to” lines which foster walkable, pedestrian friendly public spaces rather than “set-back” lines which favor the oceans of surface parking in front of businesses commonly found in suburban shopping areas.

Without being specific, Christiansen also expressed concern over some elements of the comprehensive plan, saying he did not agree with all of it. By avoiding details he is in sense riding the fence and making a “hedge bet” while unsuccessfully trying to please all parties.

On the subject of public transportation, a crucial component of the comprehensive plan, both Christiansen and Bartlett articulated responses which were vague and ambiguous in an apparent veiled attempt to hide their lack of enthusiasm for adequate transit funding. Bartlett’s disdain for public transit is well documented, most recently demonstrated by his proposed FY 2013-14 budget; recommending a $236K decrease in already anemic MTTA funding, rather than the $500K increase which they requested.

Bartlett went on to point out that fare collections pay for only a relative small percentage of overall costs, failing to mention that the City of Tulsa’s contribution to overall operational costs is very near the lowest of any community of our size in the nation. His implication that transit is highly subsidized makes no mention of how the thousands of Tulsans who do not own automobiles “subsidize” the hundreds of millions of dollars spent annually to build and maintain streets and highways.

On the other hand, Mayor Taylor has grown to understand what an important role transit plays in providing mobility options and economic development opportunities to a community. She was the only candidate to mention the Peoria Corridor Bus Rapid Transit System or the growing demand for transportation alternatives among both the creative class and seniors. Beyond a shadow of a doubt, Kathy Taylor, a candidate who actually uses public transit from time to time, represents the greatest hope for an expanded, competitive and reliable transit system in Tulsa.

On the question of how to improve community health outcomes in a city plagued by high obesity rates and incidents of heart disease and diabetes, the answers were again revealing.

Former Councilor Christiansen spent most of his allotted time patting himself on the back for his obvious weight loss and fitness, suggesting that he was setting a good example. While his personal achievements are admirable, he offered little in the way of concrete steps the city can take to improve community health outcomes.

Once again, Bartlett’s answers were unclear and abstruse on the subject and left most of us asking ourselves… ‘What did he say?’ after he finished. He saluted first lady, Victoria Bartlett, who has been involved with a couple of health related organizations. He also mentioned OKC Mayor Mick Cornett’s health challenge program, but he suggested no executive level initiatives of his own to help address this growing problem in Tulsa.

To the contrary, Kathy Taylor noted the importance of improved and expanded sidewalks (a key goal of PlaniTulsa) in providing safe and cost effective exercise options for our community. She also reminded those attending of her leadership in establishing community fitness programs during her first term and promised to do the same in a second term.

On questions related to economic development and job growth, Bartlett and Christiansen repeatedly struggled to come up with any specifics on how they would attract businesses and grow the economy. Bill Christiansen seemed to imply that he would focus on hiring recruiters who would be stationed in “unfriendly business states”, naming California in particular.

When Dewey Bartlett responded to the question he seemed lethargic and uninspiring, talking more about the region’s job growth since the recovery began than his plans for future growth in an ever increasing competitive global environment.

In stark contrast, Kathy Taylor was energetic, enthusiastic, and inspirational. She was quick to highlight the importance of nurturing and growing our promising small businesses that account for the vast majority of new jobs in Tulsa. She pointed out that in PlaniTulsa; now referred to as BuildiTulsa; we already have a strategic business plan to guide our future growth and development. We just need to implement it.

For all of you downtrodden and frustrated PlaniTulsa advocates and supporters, rest assured that your redemption is near. In seven short months a principal architect and champion of our cause will be sworn in. On that day, she will begin to lead us to a future that we have previously only dreamed about.