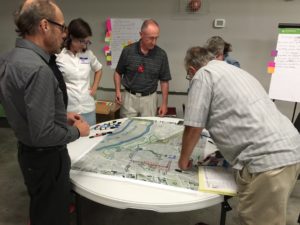 During the last comprehensive planning effort in the late 1970’s, the City of Tulsa was divided into 27 planning districts with volunteer planning committees that tried to address the issues of sub-regions and neighborhoods in the city.[1] These districts where effectively dissolved in January 1997 by the Tulsa Area Metropolitan Planning Commission. They have been replaced by an approach where neighborhoods create associations and register with the City of Tulsa’s Office of Neighborhoods and its subsequent incarnations to address neighborhood problems.

The neighborhood association approach has some drawbacks. For instance, there is no uniform definition of what a neighborhood is and how to organize it, consequently among the over 400 neighborhoods recognized by the city you will find some as small as one city block and others that cover ten square miles.[2] Some areas have no active association while others are covered by more than one since partnership organizations have been created.

Some have sophisticated governance, form non-profit corporations and enforce restrictive covenants while others are social clubs with just a handful of residents making little effort to engage the larger neighborhood including renters and business owners. 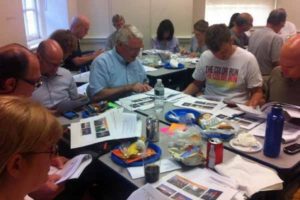 The neighborhoods have a poorly defined role in the planning process and the anemic planning staff can only take on a handful of neighborhood planning efforts.[3] Yet there exists a thirst for planning at the neighborhood level to address a plethora of issues including crime, property standards for absentee landlords, code enforcement, and infill development to name just a few.

The enrollment areas of the 68 elementary schools across the city form the smallest politically circumscribed areas in the city and while there boundaries do not always coincide with the neighborhood associations, the gridded arterial street system create a significant number of shared boundaries.[4] Some adjustments may have to be made, for instance, downtown and the airport may need to be special districts, but this approach would assure all neighborhoods would be covered and the areas are small enough to be manageable. 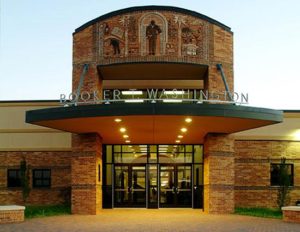 The schools make excellent platforms for the planning process. They have meeting space, parking, audio-visual aids and accessible restrooms. They are centrally located, familiar to residents and generally trusted as safe, neutral sites. Teachers and professional staff have the requisite skills and can be trained to facilitate meetings and planning activities at a smaller cost than hiring the army of planners that would be needed otherwise. Children could easily become part of the process of designing their future and encourage their parents and grandparents to participate.

The process itself should be designed to be transparent, inclusive, and structured. Residents could identify and prioritize the most important problems or opportunities in their neighborhoods while creating an action plan to address them.[5]

The process would also help the neighborhoods build social capital by teaching them how to organize, resolve conflict and develop leaders.

At a larger scale, an annual neighborhood conference might be created where representatives from all of the areas come together to share their plans, identify citywide concerns and learn about city initiatives.[6]

[1] The Indian Nations Council of Governments (INCOG) maintains records of the previous comprehensive plans, unfortunately most of thes are not available electronically.

[2] A map of neighborhood associations registered with the City of Tulsa is available at the city’s website: http://www.cityoftulsa.org/Community/Neighborhoods/documents/UpdatedNeighborhoodAssociationsMarch2008.pdf.

[3] A good overview of the City of Tulsa Planning Department exists at the City Council website: http://www.tulsacouncil.org/pdfs/R&PD/subcommittee&taskforces/Planning%20Subcommittee/Planning%20Department%20Presentation%20(11-4-08).pdf.  As indicated on page 13 of the presentation, the current staff numbers 13, while departments in similar cities averaged 49 staff.

[5] The Urban Design Studio has created a process to train public school teachers and administrators to facilitate planning activities and assist neighborhoods to organize in partnership with the schools. Ten elementary schools from Tulsa and Union Public Schools participated in a pilot Neighborhood Planning Academy in the summer of 2008. Visit the OUUDS website to view the facilitator handbook and the action plans produced at the academy: http://tulsagrad.ou.edu/studio/tacsi/tacsi.htm.