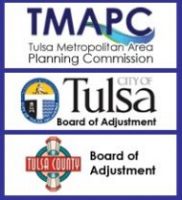 The one chapter of the ordinance allowing flexibility, the Planned Unit Development (PUD) chapter, often creates isolated, walled-in enclaves that turn their backs on neighboring properties.[2] PUDs have been used over 700 times, much of them in south Tulsa and it is doubtful anyone would use them as an exemplary case of good city design.

Another area of concern is the development process itself. Neighborhood residents complain that they find out about new developments too late in the process and that their concerns about undesirable land uses and out of scale buildings are not heard.

Meanwhile, developers protest that they are burdened by city exactions for infrastructure improvements which vary from project to project that often should be the public’s responsibility based on the city’s own plans.  Fragmented review and inspection processes lead to further inconsistency and frustration during construction.

What is needed is a transparent, easily comprehended and predictable process that gives citizens a voice and allows developers to manage their risks. Increasing the amount of timely information, especially graphic representations, available to all parties would be a great start. 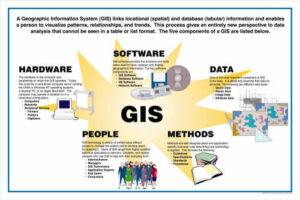 The city and county should develop a coordinated, online Geographic Information System (GIS) with mapping information about land use regulations, infrastructure, transportation, census demographics and parcel data from tax assessments.[3] Eventually this could evolve to include building footprints and even a true three-dimensional representation of the city similar to what is becoming available now on Google Earth. This system also has merit as an economic development tool.

New zoning ordinances should have a variety of innovations. First, they need to allow mixed use and greater diversity in project types and densities. Charettes and workshops should be used to create visions and plans to guide the new ordinances.[4] Less emphasis should be put on use restrictions except for obviously problematic ones like heavy industrial.

Off-street parking and bulk and area requirements may have maximums as well as minimums. Our codes and ordinances should also have drawings and diagrams to simplify their interpretation.[5] Hearings and reviews should occur earlier in the development process and notification of interested parties should be expanded using the internet and automated telephone systems.

Ways of submitting comment might also increase with use of electronic technology, for instance, a person watching a hearing online may be recognized as being present at the meeting and allowed to address the committee or board.

Finally, several methods should be tried to increase predictability for developers. A project management approach similar to what is used in the construction industry might be employed by the City of Tulsa Development Services Department.[6] Assigning a project manager to shepard each project all the way through the myriad of reviews and inspections by different city departments will lead to better coordination by those departments and reduce the occurrence of moving target requirements by documenting decisions made by reviewers and inspectors in the field.

Online schedules allowing developers and citizens to track the progress of projects would also be a function of the project managers. Developers might also prefer impact fees instead of exactions negotiated through the technical advisory committee for projects.[7] This fund could be pooled to provide infrastructure in a coordinated fashion instead of piecemeal, project by project.

[1] John Fregonese made this assessment at the PlaniTulsa Citizens Advisory meeting on February 25, 2009.

[2] The Planned Unit Development Chapter and the entire Zoning Ordinance is available at the city auditor’s website: http://www.cityauditorphilwood.com/ordinances/42-11-12.pdf.

[3] Many cities have community GIS systems available. Portland has an intuitive make-your-own map site with dozens of layers: http://www.portlandmaps.com/. The Atlanta Regional Commission provides maps and also shares the data directly:  http://www.atlantaregional.com/info-center/gis-data-maps. Cambridge, Massachusetts has some of the most detailed and beautiful maps: http://www.cambridgema.gov/GIS/.

[5] The Form-Based Code Institute (FCI) presents a variety of zoning innovations at: http://www.formbasedcodes.org/. Smart Code is a model form-based code available at: http://www.smartcodecentral.org/. A list of links to communities with Form-based or smart codes is shown on the FCI resources page, including Petaluma, California; Flagstaff, Arizona; Fort Myers and St. Lucie County, Florida: http://formbasedcodes.org/codes. Donald L. Elliot presents some alternatives for mature cities in A Better Way to Zone: Ten Principles to Create More Livable Cities by Island Press: 2008.

[6] Kings County, Washington has a project management program for building and zoning permit review. Projects can be tracked online: https://aca.accela.com/kingcounty/.

Municipal Legal Studies Center, “An Overview of Impact Fees in Texas” describes the legal basis of impact fees, contrasts their advantages to exactions and describes a typical ordinance adoption process: http://www.joesarver.us/AN%20OVERVIEW%20OF%20IMPACT%20FEES%20IN%20TEXAS.pdf.  The Georgia Department of Community Affairs has a page describing state law and impact fees in Georgia: http://www.dca.state.ga.us/development/planningqualitygrowth/programs/impactfees.asp.

The City of Albuquerque has adopted impact fees and they are described here:  http://www.cabq.gov/council/impact-fees.