PRESERVE OUR URBAN WILDERNESS and maintain our quality of life 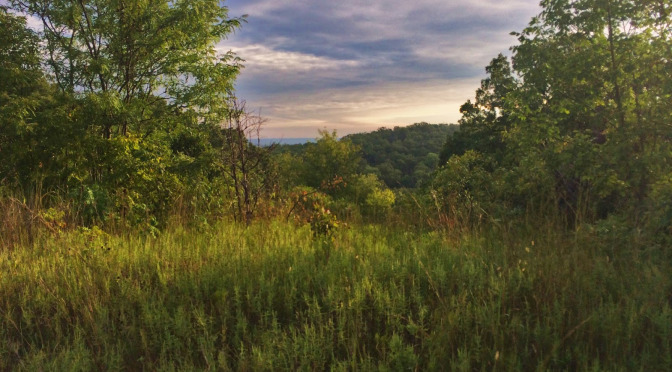 In 1977, just a few months after I assumed office as the District 2 Tulsa County Commissioner, Tulsa Tribune editorial board member John Drummond contacted me. He suggested we find a way to preserve Turkey Mountain in its natural state and perhaps add that land to the then fledgling Tulsa River Parks system.

Over the next year, I was fortunate to obtain a commitment for Turkey Mountain of $200,000 through Chris Delaporte, President Carter’s Director of the Bureau of Outdoor Recreation (BOR). Chris had been Director of the Oklahoma State Parks Department under Governor David Boren. Governor Boren had provided his personal support to the effort to obtain the Turkey Mountain grant through BOR. My colleagues on the Tulsa County Commission, Robert Newhouse and Lewis Harris, added their support in the use of Tulsa County Revenue Sharing money to make up the balance of the money necessary for the acquisition.

In March 1978, the River Parks Authority officially approved the borrowing of over half a million dollars to buy approximately 100 acres of the land. The Tulsa County Commission reimbursed RPA in monthly installments over the next year to repay the loan. The owner of much of the Turkey Mountain property, J. L. Reynolds, generously donated 50 acres. By December 1978 the first 150 acres had been acquired by purchase and donation and added to the River Parks system. The Tulsa urban wilderness was immediately supported by our community.

First, there was a massive two-weekend clean-up effort that involved scores of local volunteers removing tons of trash that had accumulated over many years by illegal dumping. The robust turn-out for the clean-up impressed local officials, demonstrating how popular the urban wilderness concept had become. Gradually, walking and biking trails were cut through the property as the number of wilderness park users increased.

As a part of my negotiations with the State Department of Transportation on the joint funding of the 71st Street Bridge, structural features were added to the bridge design and construction to accommodate addition of a pedestrian and biking lane on the north side of the bridge. The lane has since been added and is an essential part of the pedestrian and bicycle access to the Turkey Mountain trails. In 1983, there were rumblings about possible efforts to construct commercial facilities on land adjacent to Turkey Mountain.

There was immediate response to those rumors in the form of action to ensure preservation of the natural features of the park. Through the Indian Nations Council of Government (INCOG), guidelines for a special Turkey Mountain district were proposed. By the time the INCOG work was completed, I had become Tulsa Mayor. Having worked on the special guidelines while County Commissioner, I was pleased to support the adoption of the new rules in 1985 while I was serving as mayor. Now, almost exactly 30 years after the Turkey Mountain Special District was created, there is again an interest in commercial development adjacent to this wonderful natural recreation feature.

Our city leaders have spent hundreds of thousands of dollars since the 1970’s trying to determine what best defines Tulsa; what will best attract new residents and economic development; what makes Tulsa unique. In city after city there are large commercial clusters as well as strips of commercial development. There is nothing unique about commercial shopping malls. Out of the almost 300 U.S. cities with population over 100,000 you can count on just one hand the number of cities that have an urban wilderness, free of any development, right smack in the middle of their community. Quality growth and economic development are just as well benefited by a city’s commitment to preserving its environment and quality of life as by allowing commercial development on the corners of every major intersection.

Tulsa World Editorial Misses the Mark The Good ol' boy network is alive and well
May 1, 2017