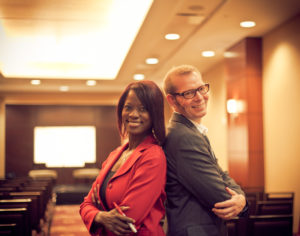 At first glance the City Council’s decision to rename Brady Street to M. Brady Street seemed like a somewhat sensible compromise that might help heal some wounds. Upon further reflection however; the sad truth is clear that little progress was made in improving race relations in Tulsa. In fact, many believe we took a step backwards.

Let’s be clear. There was and there is no way to please all of the parties affected by this decision. It was an absolute no-win situation for the City Council. That fact has not diminished the enormous criticism the council has been bombarded with from sources far and wide since their vote on this issue.

The idea of renaming the Brady Arts District and Brady Street has been floating around for years. It’s a reaction to the well documented association with the Ku Klux Klan of the district’s namesake, Tate Brady. A growing number of residents came forward to express their indignation over the continued use of the Brady moniker in light of his KKK history.

Proponents of the name change considered its use an insult to the survivors of the 1921 race riot and maintained that it does not symbolize a unified Tulsa.

Opponents of the name change tried to make their case. They said changing the name of the street will not alter history. They also pointed out that changing the street name will not automatically mean that the district will follow suit. Many complained the costs associated with a name change were an unfair burden on those who had absolutely nothing to do with the KKK or its sponsors.

Opponents also fought to protect the brand which has grown in stature as the district has prospered through the efforts of a growing and diverse group of locally owned businesses. And thus the battle lines were drawn.

The arguments made by both sides in the ensuing effort to win council support for their cause, ran the gamut from deliberate and thoughtful to both the ridiculous and the sublime. Opponents pointed out that most Tulsan’s, including many African Americans never heard of Tate Brady until this controversy erupted. They also pointed out that Tate Brady apparently had a change of heart and eventually distanced himself from the KKK.

Many proponents of the name change took an uncompromising position. They compared the continued use of the Brady Street name akin to naming an Oklahoma City street after Timothy McVeigh. That kind of inflammatory rhetoric probably did little to help advance their cause. Some of those who spoke against the name change said it is important to remember the city’s past, not bury it.

Of course, the larger and looming question on everybody’s mind is if we change the name what we should change it to? The City Council was not lacking for suggestions although their decision would affect only the street name and not the whole district.

Some wanted to honor Bob Wills, universally known as the King of Western Swing. Other suggestions included terms like The Warehouse District or Oldtown or simply The Arts District.

Another proposal which was featured in this UTW column on June 12th of this year was the brainchild of Doug Duke, a City of Tulsa Development Services engineer. His suggestion was to repurpose the Brady name by honoring a distinguished African American, St. Elmo Brady and it seemed like a brilliant idea. What better way to heal the wounds than by honoring such a man?

St. Elmo Brady was the first African American to obtain a Ph.D. in chemistry in the United States. Brady was an academic scholar and his legacy includes the establishment of strong undergraduate curricula, graduate programs, and fundraising development for four historically black colleges and universities.

The City Council originally considered a motion to rename Brady Street to Burlington Street, a name which early documents suggest was the original name under consideration. With one councilor absent the council was divided on the issue, with four in favor and four opposed so the matter was continued.

When word first leaked out of a possible compromise upon the absent councilor’s return, our hopes rose for the prospects of St. Elmo Brady. As it turned out, St. Elmo Brady was never considered by the City Council and it is now questionable if any of them ever heard about him.

In the shadow of an executive leadership vacuum and a threatened Mayoral veto, the Council ultimately voted to change the name and honor Civil War photojournalist Mathew Brady, a Caucasian. What the..?

Nobody wins, everybody loses. Even though the name is close to the same (M. Brady St.), the merchants’ must still change their mailing address and go to considerable expense. In retrospect it is the worst of all possible outcomes; it satisfies no one and illustrates just how great the racial divide that still exists in Tulsa is.

In the afterglow of the 50 Year Memorial to the Great March on Washington this is probably not the time to start pointing fingers or looking for those to blame for this missed opportunity. Everyone shares in that responsibility, all of us.

It goes without saying that everyone had high hopes for a resolution that would heal old wounds and bring us together. It is now clear that the Mathew Brady option was and is a lame attempt, bordering on the absurd and the prediction here is that it will not stand.

The thought here is that Tulsans’ are searching for that defining moment in our community’s evolution when we act in a truly loving and decisive way to exorcise the remnants of our race riot past and come together in love and reconciliation. This recent attempt just won’t get us there. Don’t lose hope because we can and we will eventually get it right.