According to Wikipedia, the free encyclopedia, “Economic development can also be referred to as the quantitative and qualitative changes in the economy. Such actions can involve multiple areas including development of human capital, critical infrastructure, regional competitiveness, environmental sustainability, social inclusion, health, safety, literacy, and other initiatives.”

In a sense you could say that economic development is a policy intervention which aims to improve the economic and social well-being of people. In my view, it is, and rightfully should be more about social justice and social equity than corporate giveaways and incentives. Americans became familiar with the term economic development in the post war period of reconstruction. President Truman targeted the development of undeveloped nations as a priority for the west during his 1949 inaugural speech.

Truman wanted to share our modern scientific and technical knowledge to increase production in underperforming economies as a path towards prosperity and peace. He lamented the miserable living conditions of half the people of the world suffering from disease and inadequate food and water. He felt humanity possessed the knowledge and skill to relieve the suffering of those people.

Tulsa is not the first, nor will it be the last to forsake the altruistic idealism of Truman’s economic development model in favor of government handouts and favoritism in the private sector, all in the hallowed name of economic development. When it comes to economic development it appears we have lost our moral compass. That is probably why it is illegal in my business (real estate) to provide incentives to gain new clients and customers. It’s just not right.

Incentives are not just an ethical issue either. As a friend and respected local elected official recently suggested…‘enticement packages might have made a real difference back before everybody got in the game. When you gain a competitive advantage by offering something nobody else does, it makes more sense that when it’s common place.’

Don’t get me wrong. We can and should strive to reach desirable economic objectives including price stability, high employment and viable growth. But we must do it by policy-making practices that achieve fair, balanced and broad based improvements in our overall quality of life, not narrowly focused incentives that favor one industry over another.

Obviously we live in a globalized economic environment that fosters intense competition between communities, states, and nations. At some point I have to believe the current bidding wars to lure new business with promises to create jobs, will give way to a more reasoned and sustainable approach which resists the temptation of lurid inducements, in favor of a long term partnership which benefits both parties. 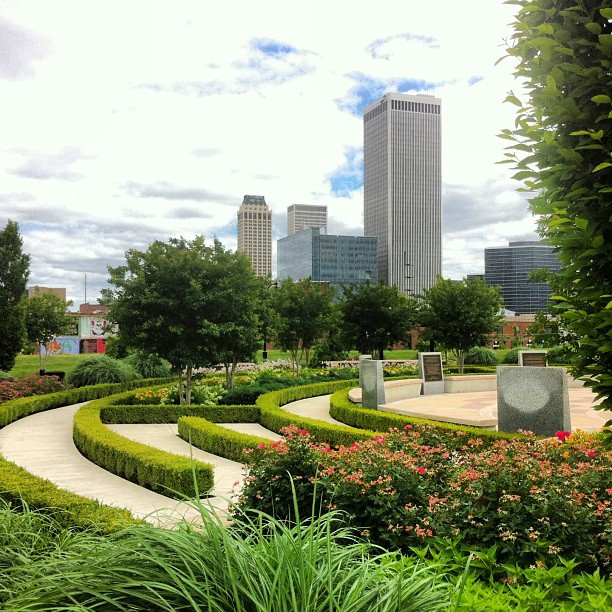 In Tulsa, we have a lot to offer. On the positive side, we are genuinely proud of our flourishing cultural offerings, our park system, our zoo, two world class museums, our award winning Symphony, Opera and Ballet Companies, a plethora of cultural centers, performing arts venues, ethnic festivals, public artwork, abundant educational opportunities in nationally recognized public and private schools, boutique shopping and entertainment districts like Brookside, Cherry Street and Utica Square, endless sports options at both the collegiate and professional levels, and one of the most famous golf courses in all the world. These are just some of the things we have to offer. When selling Tulsa let’s concentrate on the superb assets we already have here and then work to enhance them.

On the negative side, we are nowhere near reaching our vast potential as a great American city. That was the conclusion of citizens who participated in the PlaniTulsa process. They wanted to see a vastly different development approach including smart growth policies which deliver a vibrant, diverse, accessible city with a competitive transit system and safe, walkable neighborhoods. After years of hard work, their vision was translated into a new comprehensive plan which is now public policy.

Two things have hindered the effective implementation of our comprehensive plan. First is the increasing share of the city budget devoted to meeting the spiraling costs of police and fire protection and the maintenance of our infrastructure, primarily streets. Those rising costs have led to the simultaneous decline of investments in quality of life indicators like parks, recreation and other value added amenities. Second, and just as importantly, we have an incumbent mayor with a sadly apathetic attitude towards and advocacy for the plan.

Let’s be clear, Tulsans are not averse to investing in their community. However, they have historically insisted that a very convincing case be made for approving tax hikes or extensions, especially when coupled with bonded indebtedness for capital improvements. They expect and deserve an open and transparent planning process and a predictable and verifiable return on investment. This Vision 2 proposal does not deliver on either. The opposition is mounting and I seriously doubt it has any chance of passing.

It’s a convoluted conglomeration of poorly timed and hastily conceived spending proposals that fails miserably in executing and supporting our comprehensive plan. In the long run a defeat of this initiative will not necessarily be a bad thing because it will very likely lead to a much more thoughtful and purposeful approach to planning an acceptable capital improvement funding package, one that engages the public from the outset, not as an afterthought.

What we need is some new energy; some renewed enthusiasm and a redoubled commitment to executing what my late friend; the inimitable Gwen Goff called “the peoples plan.” Like others, I’m hopeful the next Mayor will provide the leadership required to capitalize on this existing and very exciting plan. Obviously this one hasn’t.