There are two related agenda items scheduled for public hearings. The first, agenda item #8,  CPA-43, an amendment to the text of the Comprehensive Plan to establish and define an Arkansas River Corridor Land Use category and boundaries; and amendments to Land Use and Stability and Growth maps in support of the proposed River Design Overlay District. (CD 2, 4, 8 & 9) (Related to ZCA-1) Exhibit

The plan is expected to go before the council for adoption in June. Click here to view the RDO Public Hearing Process and schedule At this point, a second TMAPC Public Hearing has not yet been scheduled, but would certainly be welcomed by many if not most, on such an important land use policy decision as this. The City Council will also hold public meetings on the proposal before voting on it, likely in June.

If you are just getting up to speed on the issue, we invite you read our earlier posts: River Design Overlay Public Engagement Begins and Proposed Arkansas River Design Overlay District. A steering committee made up of city councilors, planners, architects, business owners, representatives of the Mayor’s Office and others have been working on creation of the development guidelines for the Arkansas River corridor within the city-limits of Tulsa.

In a couple of public meetings last month, planners rolled out a  River Design Overlay Draft and its accompanying Zoning Map after months of work by the steering committee. The public meetings included a well-crafted multimedia presentation including slides and 3-D videos illustrating design concepts that would meet the new design guidelines and ensure high-quality river development.  For details, please review the presentation and in particular slides 23,33 and 40 which provide a 3-D video views of what developments might look like under the overlay.

View the PowerPoint Presentation below:

As a part of the public review process, Smart Growth Tulsa Trustees, Advisory Board, members and followers have carefully analyzed the documents and reached some conclusions.

Our organization recognizes that the RDO represents a significant step forward in getting Tulsans accustomed to the notion of an overlay district.  With those sentiments in mind, our talented group of planners, urban designers and activists have collectively formulated some observations and recommendations which we feel will help enhance and improve the overlay.  They have been forwarded to the Tulsa Metropolitan Area Planning Commission and the City Council for consideration.

Preserving and protecting Tulsa’s parks and open space is obviously a high priority in our community. SGT has received a wide range of feedback from Tulsans who cite environmental and quality of place issues that make a persuasive case for limiting development along the river, especially on the east side.

The proposed standards will be applied to three different zones, but not affect existing single-family residential. The zones are aimed at protecting recreational uses and will only allow development compatible with or complementary to park uses in the RDO-1 District (parks, recreation and open space), with less restrictive guidelines for RDO-2 (privately owned riverfront property) and RDO-3 (private property not adjacent to the river but with a view of it). 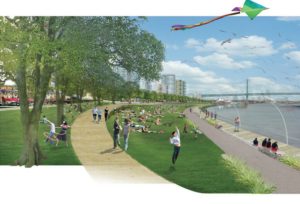 Staff has continued to receive feedback and suggestions since and including the City Council sponsored Town Hall meetings, including some recommendations that would further limit park land development and require higher standards for new developments in the RDO 2 and RDO 3 Districts.

In response to a modification requested by QuikTrip, the most recent version continues to prohibit new fueling stations but will provide existing stations the option to expand up to 50 percent under certain conditions, allowing the company to upgrade its store at 96th Street and Riverside Drive.

In its recommendations to the TMAPC and City Council, Smart Growth Tulsa, has objected to the 50 percent number (and made other suggestions) as being excessive, recommending that nothing more than 20% to 25% be allowed “by right” and anything over that would require an additional level of administrative review for approval, either by the Land Use Administrator, the TMAPC and or the Board of Adjustment.

The restrictions limiting expansion to 50 per cent, would also apply to other non-conforming uses like Southlawn Mobile Villa Park, 8636 S. Lewis Ave. The 19-acre site is zoned residential/mobile, but mobile homes are not allowed anywhere within the river corridor overlay. Neither are industrial uses like the Mid-Continent Concrete plant on the west side of the river. Both businesses would be allowed to exist as non-conforming uses, but prohibited from rebuilding such a use if sold, closed or expanded beyond the 50 per cent allowed.

What’s in, what’s out

These prohibited uses are consistent with a moratorium that expires at the end of July, previously approved by Mayor Bartlett and the City Council in anticipation of the River Design Overlay. 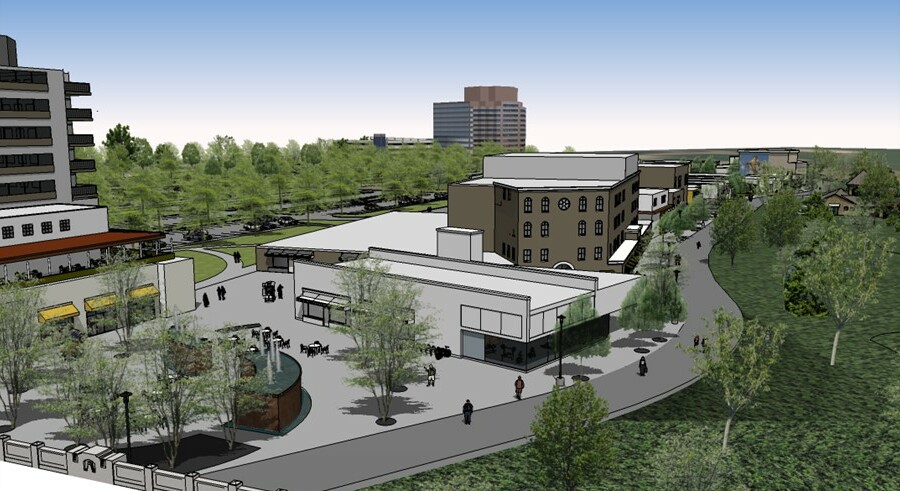 In short, the overlay aims to restrict inappropriate uses, ensure quality new developments are respectful of and oriented toward the river and to prohibit certain building materials like vinyl and aluminum siding. It is consistent with Tulsa’s Comprehensive Plan’s Land Use Goal 16 – Tulsa is known for its built and natural beauty and Policy 16.1 Establish Urban Design and place-making Standards. If adopted, it is hoped the RDO will create a unique and distinctive sense of place, unlike any other area in Tulsa, fully capitalizing on one of Tulsa’s most prized natural resources.

Unfortunately missing from the RDO, are guidelines for lands within the public rights-of-way, including streets, roads, sidewalks and lighting that would further enhance the amenities of the corridor. The Comprehensive Plan’s Policy 7.1 under Transportation Goal 7 states “Enhance current roadways with a combination of light fixtures, signs, and sidewalks to make the city’s roads unique.” This missed opportunity needs to be addressed, and Smart Growth Tulsa will push for such an effort soon.

Tribal land including the River Spirit Casino, oil refineries and unincorporated Tulsa County land are not included in the overlay and not subject to its proposed regulations. In no case do the proposed development regulations change a property’s underlying zoning other than the aforementioned prohibited uses.

The River Design Overlay provides no appeal process for applicants seeking exceptions to the regulations as written, nor does it allow for any discretionary overview by administrators that many might have hoped for to insure the highest quality developments in what is rapidly becoming Tulsa’s most sensitive land use category. While property owners can appeal to the Board of Adjustment for variances to the design regulations, officials cannot contest projects that conform to the RDO guidelines which can then be built “by right.”

The controversial retail development proposed for Helmerich Park is not and will not be affected by the RDO as the existing site-plan was approved before the new guidelines were conceived. Still, many interested parties suggest the developers would be well-advised to redesign their concept to more closely conform to the new standards even though they are not required to do so, being subject only to the existing and underlying zoning code. Such PUDs with submitted site plans, would not be subject to the overlay’s regulations unless it were to be substantially changed through a minor or major amendment.

We support the concept of the River Design Overlay, subject to the recommendations we’ve offered to improve the document. If anything, we would like for the standards to be set even higher, especially for any new building within 150 feet of the shoreline, but the RDO represents a good start.

In closing, we would ask all parties to seriously consider a key excerpt from page 7 of The “Economics of Place” and Potential Impacts of Arkansas River Development Project, prepared for the Tulsa Regional Chamber:  “Economic impact should be a secondary objective, as increased local spending on a form of entertainment largely substitutes spending on other entertainment choices in the local metropolitan region.”

The RDO represents a great opportunity to “get it right.”  The community will be best served if time is taken now to fully analyze the documents and maps, insisting that they deliver the kind of long-term strategic approach and value added impacts that Tulsans deserve.

There were some mixed signals in a May 17th Tulsa World article by Jarrell Wade: City councilors keen on forming river authority to guide corridor’s development.

At the same time Planning Commissioners are considering the River Design Overlay, Councilors are re-visiting the idea of forming a river Vision authority. The resurrected plan comes on the heels of a visit by some councilors to the Dallas area last week, including time spent with members of Fort Worth’s Trinity River Vision Authority.

As reported in the TW article, Tulsa City Councilors were cautioned on the one hand by TRVA Executive Director, J.D. Granger to “slow down,” set a standard, and then go about coordinating a plan for economic development. Yet the article goes on to report that Councilor Phil Lakin supports approving the RDO immediately, which seems inconsistent with the advice given.

“We owe it to the city and to the future to march forward with the RDO,” Lakin said. “If they need to be amended in the future, it’s much easier to amend them than to have nothing right now.”

The idea of forming an authority to work on the gaps in river development should not be easily dismissed, but it is not clear at this point how that would work.

One thing is clear. The documents the TMAPC will consider this week largely reflect the work of the steering committee and do not echo any of the alterations or recommendations offered in public feedback. For Planning Commissions and or City Councilors to just rubber stamp the draft without considering those public comments would a clear violation of elected official’s promise to keep an open mind throughout the process.