SALUTING THE LORTON FAMILY Thanks for the Tulsa World memories 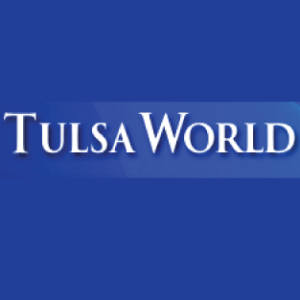 The pending sale of the Tulsa World to the Berkshire Hathaway’s BH Media Group represents an historic moment in time for Tulsa and all of northeastern Oklahoma. The sad reality of this most unwelcome but seemingly inevitable transition is that the institutional fabric of our community will be inalterably and most likely negatively impacted forever.

Like so many thousands of other Tulsans my first employment opportunity was as a carrier for the Tulsa World where an enterprising 12 year old could earn some serious spending money. Today, most families would never consider allowing someone that age to be out by themselves at 4:00 in the morning but in the 50’s we thought nothing of it.

The sense of responsibility I learned from that experience cannot be overstated. In those days we collected our accounts door to door and I met every single one of the 130 customers on my route, face to face. I knew their delivery preferences and in many cases I knew much more about them and their families, from the cheerful new mom’s to the grumpy old grandpa’s.

Unlike the isolation felt by so many people in today’s world, the newspaper carriers of that era were truly connected to their community. What a shame to have lost this wonderful tradition where youthful newspaper carriers gained valuable experience as independent business people that often lasted a lifetime.

Regrettably and for whatever reason, I have never been much a reader of either fiction or non-fiction but I have ALWAYS read the daily newspaper and because it keeps me informed about what is going on in my town, region and nation I am the richer for it. For the most part, local people still trust their local newspaper, more than they trust the national media, to tell them what’s really going on in their neighborhood. That is why it is so troubling that we are losing that local ownership and control of our community’s flagship daily newspaper.

None other than Mahatma Gandhi observed that the careful and controlled dissemination of local news is vital to the thriving heart of any society. It was the first thing he would suggest for a village, setting up a newspaper, a central point through which all news is filtered and which brings people together.

Gandhi looked upon journalism as a means to serve the people. He said in his autobiography: “The sole aim of journalism should be service. The newspaper is a great power, but just as an unchained torrent of water submerges whole countryside and devastates crops, even so an uncontrolled pen serves but to destroy. If the control is from without, it proves more poisonous than want of control. It can be profitable only when exercised from within.”

If the above line of reasoning is correct, how many journals of the world can stand the test in 2013? The Tulsa World will still be publishing after the sale is closed. I will still brush my teeth and get my newspaper and my cup of java every morning to begin my day. But over 100 years and four generations of local stewardship will be missing from that paper and that bothers me, a lot.

The way the media landscape is evolving so quickly these days it is difficult to predict the impact of the sale on the future quantity and quality of the newspaper. On the surface it would appear that the BH Media Group represents the best case scenario of potential absentee owners.

The fact that the World would be targeted by someone with the unparalleled business acumen of Mr. Buffet says volumes about the paper’s potential long term viability. You would hope that the efficiencies and economies of scale they bring to the table would allow for increasing investments in the staffing levels which have obviously declined in recent years. I wish them all the best but only time will tell how it will play out and a lot of pressure will be on them to earn local support.

In the meantime, I offer a big thank you to the Lorton family for starting my day off right for the past 60 years. They have been generous corporate and private citizens over the years by sharing their wealth and resources with the community. We all owe them a debt of gratitude for their service, their dedication and their love of Tulsa.

With that said, this change in the World’s ownership does create some challenges and opportunities for Tulsa’s alternative media, like Urban Tulsa and others, to assume a more prominent role in serving local readers. Because, ironically, it’s the abundance of information and news now available that requires the local journalist to help us to make sense of the digital cacophony which surrounds us.

The news business will always be competitive but what we really need is for ALL of our local media to help us make sense of an enormous range of differing views about multiple complex issues, by doing it quickly, by knowing the right questions to ask of the right people at the right time.

Thanks again to the Lorton family and Godspeed to you. And all the best to the surviving World staffers as you brace for the uncertain future which lies ahead. You will be in my thoughts and prayers.