Thank you for being part of our first year here at the Smart Growth Tulsa.  Looking back we have so much to be grateful for and we are pleased to share some of the highlights with you.

If you have not already joined, we invite you to become a member of our organization by signing up for our newsletter on the sidebar just to the right of this paragraph: Smart Growth Tulsa Blog page.

Our organization was formed in March of 2014.  In April we began developing a WordPress Blog site which was formally introduced in early May using the current theme.  A small group of volunteers played a significant role in identifying our core values, drafting a mission statement, and adopting a set of guiding principles which have remained largely unchanged since then.

Our community organization Facebook Page was inaugurated on May 23rd, 2014. Our page has attracted hundreds of new members and thousands of Facebook fans including followers from forty six cities and 10 different countries.  Some of our website blog posts which have been featured on our Facebook Page have reached over 40,000 people.

In somewhat of a surprise we discovered that a little over 60% of our Facebook followers are female, which is just opposite of all Facebook users. Thanks to all men and all women for your support.

We initially established a Leadership Council.  Our first meeting was held at the OU Urban Design Studio on August 2nd, 2014.  After that meeting, as we began to define roles and responsibilities, we determined that an Advisory Board was more appropriately suited for our form of governance and the transition was made. 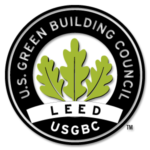 The strength and credibility of Smart Growth Tulsa has been enhanced by a growing list of affiliate members who have joined; including our friends at TulsaNow, Preserve Midtown, Transit Matters, Code for Tulsa, the Pearl District Association and the Oklahoma Chapter of the U.S. Green Building Association. We support them, they support us.

Helping raise public awareness of smart growth principles and practices is a major focus of our organization.  By evaluating various smart ideas and the best practices of other cities we determine which concepts can best help Tulsa reach its maximum potential for long term sustainable growth and prosperity.  We have invited a number of community leaders to share their thoughts and experiences with us.  Many have responded and others have committed to offering their observations in the coming months.

In July we published a 10-part Planning Strategies series by Shawn Michael Schaefer, Director of the University of Oklahoma Urban Design Studio, faculty member of the College of Architecture and a key participant in the Smart Growth Tulsa Advisory Board.  Later that month we published a piece by Ann Patton, Tulsa-based author and consultant on national disaster issues detailing her concerns about Arkansas River Development.

In November SGT played a key role in in helping shape public policy:

The effectiveness of SGT was amply demonstrated by the outpouring of support for the Riverside Drive sidewalk.  Dozens of organizations and hundreds of Tulsans answered the call by signing our petition and showing up in unprecedented numbers at a single issue Town Hall meeting to support the cause. It now appears that the decision to abandon the sidewalk will be reversed.

2014 was a satisfying year filled with growth and accomplishments for Smart Growth Tulsa.  All things considered we could not be more pleased with the progress we have made since our beginnings.  As we look forward there is much work to be done, many challenges to face and great opportunities to seize.

This much has become clear to us.  There is a great appetite for change among Tulsans.  We increasingly hear from those who want to build a denser and more walkable community that uniquely creates a sense of place like no other.  We listen to them.  They inspire us to keep working and to re-double our efforts to pursue the promise and vision of PlaniTulsa.  We can do that by seeking a regulatory system that incentivizes smart growth development practices in the built environment, both public and private.

Here are some of the goals and objectives we will be working on in 2015:

In 2014, many came forward to help and support us during the year.  We wish to individually thank the following who contributed in some way or the other:

In closing we want to thank each and every one of you for your tireless activism and support.  Your encouragement has us filled with great anticipation for what can be jointly accomplished in the coming 12 months, so let’s get busy and build a city we can all be proud of.  From all of us to all of you, we wish you and yours a very Happy and Prosperous New Year!