Four years ago it was my privilege to sit on the advisory committee for PlaniTulsa, the City of Tulsa’s comprehensive planning effort.[1] I attended dozens of public meetings and workshops conducted by the city’s planning department and the planning consultant hired by the city. I have reviewed many maps, data sets and preference surveys. I have talked to citizens and officials from many backgrounds. I have also been studying the City of Tulsa and Northeast Oklahoma with my students for the last thirteen years as the Director of the University of Oklahoma’s Urban Design Studio, part of the College of Architecture and the Institute for Quality Communities.[2]

It is this professional and civic experience, along with my over twenty-year tenure as a Tulsa resident that I hope to synthesis into a series of ten strategies for Tulsa’s future planning and growth. While these experiences have shaped my ideas, I want to make it perfectly clear that this is a personal vision intended to complement the comprehensive plan and its offspring.

The strategies in this series are my own and not part of the official outcomes of PlaniTulsa or the views of the City of Tulsa, INCOG, Fregonese and Associates or anyone else involved in the comprehensive planning process. They also do not represent the views or policy of the University of Oklahoma. 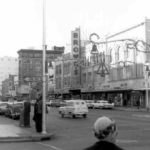 In 1960, downtown Tulsa and the adjacent neighborhoods, a golden rectangle bounded by Harvard Avenue on the East, Apache Street on the North, the Osage County line and the Arkansas River on the West and 21st street on the South, contained over 97,000 residents comprising 28% of Tulsa County’s population with densities reaching up to 13,000 people per square mile in some census tracts.[3]

By the 2000 census, despite close proximity to most of the region’s high paying jobs, the number of people living in the central city had declined to around 50,000 representing only 9% of the county’s population.[4] Only slightly more than 3,500 people lived in downtown and a third of them were incarcerated.

Tulsa North’s population peaked at 36,000 in 1970 and declined to around 16,400 in 2000.[5] While these areas are the most notable, many other older neighborhoods in north, east and west Tulsa have suffered similar fates. The loss of population combined with the abandonment of many commercial and industrial sites have left many vacant lots, abandoned properties and substandard housing units available for redevelopment. The urban infrastructure while somewhat deteriorated still exists and is being utilized far below its capacity. 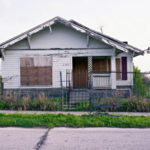 Churches, schools, and government facilities have been left isolated or shut down. Land values are below the city average, generally below two dollars per square foot.[6] The remaining residents that have been unable to leave often face poverty, ill health and a range of social problems. The worst census tract faces a life expectancy 14 years less than the tracts in South Tulsa with the best life expectancies[7]. The area has poor access to grocery stores and convenience goods.

We need to repopulate and reinvest in these areas because we cannot afford to write off such a large investment in real estate, public services and entire segments of the community.  One strategy to attract new residents to these areas is to institute an urban homesteading program.[8] The City of Tulsa, the Tulsa Development Authority and other public entities own many lots and larger sites in these areas. They could acquire many others in need of redevelopment, taking care not to displace existing residents.

A program to clear titles is also needed for many of the properties before they could be redistributed.[9] Once placed in a land bank, these properties could be offered to qualified homesteaders willing to move in and improve them.[10] The homesteaders, as well as qualifying existing residents, might also be eligible for home improvement grants and government backed mortgages from participating financial institutions.[11]

In exchange, the homesteaders would agree to live on the property for a period of at least five years before receiving clear title. Furthermore, the homesteaders and their successors would not be allowed to lease the primary residence on the property for a period of ten years. Accessory dwelling units such as granny flats or garage apartments would be permitted and allowed to be leased.[12]

The city and the public schools would also agree to concentrate improvements for streets, schools and services, such as police patrols, in these areas during the homesteading period. The goal would be to attract new residents from a variety of backgrounds willing to invest time, money and effort into rehabilitating older houses and building new ones.

The new residents would immediately begin paying property taxes and sales taxes helping the fiscal plight of local government and the school district. The rebuilding would stimulate the local economy by creating jobs for builders, material suppliers and others in the real estate and home building sector.

This series of articles by Shawn Michael Schaefer was originally published in March, 2009  on his Places LLC WordPress Blog site, then revised June, 2014 and reprinted here with permission from the author.

[1] Tulsa’s first overhaul of its comprehensive plan since the 1970s is called PlaniTulsa and is being conducted by the City of Tulsa Planning Department, the Indian Nations Council of Governments (INCOG) and John Fregonese and Associates of Portland, Oregon. See the PlaniTulsa website for complete information: PlaniTulsa

[2] Since 1988, the University of Oklahoma Urban Design Studio has focused on a three part mission to train urban design professionals through master’s degree programs in architecture and urban studies, advance understanding of the city through research and creative activity and engage in community projects benefiting Tulsa and Northeast Oklahoma. The Urban Design Studio is always looking for promising students and community partners for its endeavors; visit us at: http://tulsagrad.ou.edu/studio.

[3] Estimates based on census tract level data from the 1960 U.S. Census obtained from the Minnesota Population Center. National Historical Geographic Information System: Pre-release Version 0.1.Minneapolis, MN: University of Minnesota 2004. The data can be downloaded at http://www.nhgis.org.

[4] Estimates based on census tract level data from the 2000 U.S. Census obtained from the Minnesota Population Center. National Historical Geographic Information System: Pre-release Version 0.1.Minneapolis, MN: University of Minnesota 2004. The data can be downloaded at http://www.nhgis.org.

[5] Estimates based on census tract level data from the 1970 and 2000 U.S. Census obtained from the Minnesota Population Center. National Historical Geographic Information System: Pre-release Version 0.1.Minneapolis, MN: University of Minnesota 2004. The data can be downloaded at http://www.nhgis.org.

[6] Land values based on Tulsa County Assessor data available from the Land Records Department which is accessible at the Tulsa City-County Library. Find out more about accessing the system at: http://guides.tulsalibrary.org/land_records?hs=a.

[8] Urban Homesteading has its origins in the middle 1970s and was first tried on a limited basis with modest success in Baltimore, Philadelphia and Wilmington, Delaware. The Department of Housing and Urban Development (HUD) funded the Local Property Urban Homesteading Demonstration from 1983 to 1990 with demonstrations in eleven cities. William Rohe writing in the Journal of the American Planning Association (JAPA) in September 1991 (Volume 57, Number 4, pages 444-455) concluded that HUD’s program had a number of drawbacks that can be learned from, for instance properties to be acquired should not be limited to those in tax foreclosure, targeted to a small geographic area, limited to low fair market values, and their titles need to be cleared of encumbrances. Homesteaders should not have to meet low income requirements and those that do should be provided with rehabilitation assistance in the form of financing and construction services. Currently, urban homesteading is receiving renewed interest in a variety of places. The State of Michigan passed a statewide enabling act in 1999: http://www.legislature.mi.gov/(S(v4ldgranamjjghjwtaov0gfw))/mileg.aspx?page=getobject&objectname=mcl-Act-127-of-1999. The City of Lakeland, Florida passed an urban homesteading ordinance in 2004: http://www.lakelandgov.net/commdev/Housing/Programs/UrbanHomesteading.aspx.

Buffalo has an extensive program operating in a large number of city neighborhoods: http://www.ci.buffalo.ny.us/files/1_2_1/city_departments/real_estate/HomesteadMap.pdf.

They offer lots for one dollar and auction larger parcels of land: http://www.city-buffalo.com/files/1_2_1/city_departments/SPlanning/RealEstateBrochure.pdf.

[9] A number of tools for clearing titles and reforming tax foreclosure laws are presented at Housing Policy.org, a project from the Center for Housing Policy, with examples from Georgia and Michigan: http://www.housingpolicy.org/toolbox/strategy/policies/abandoned_properties.html?tierid=150.

[10] Baltimore is in the process of setting up a land bank to pool and dispose of vacant properties: http://www.baltimorehousing.org/ps_landresources_landbank.asp. This follows a state bill creating a land bank authority: http://mlis.state.md.us/2008rs/fnotes/bil_0001/sb0911.pdf.

[11] HUD has a variety of programs to assist with home repairs, including its 203(k) Mortgage Insurance program which does not require housing units to meet minimum standards before purchase:

[13] Brownfield clean-up and redevelopment is a complex topic with an extensive literature. The Environmental Protection Agency (EPA) has a resource page: http://www.epa.gov/swerosps/bf/

HUD has information at the Brownfield Economic Development Initiative (BEDI): http://www.hud.gov/offices/cpd/economicdevelopment/programs/bedi/index.cfm. The Brainerd Chemical Company occupies a site on North Peoria Avenue and is a successful example of a brownfield redevelopment in Tulsa. The Tulsa Industrial Authority received a $200,000 EPA grant as part of this project. The University of Louisville Center for Environmental Policy and Management has an excellent guide for greyfield redevelopment and best practices developed by David Chilton: http://louisville.edu/cepm/publications/practice-guides-1/PG6%20-%20Greyfields.pdf/view.