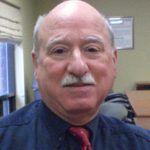 My five decades of policing experience has afforded me the opportunity to serve the Tulsa community and work on police issues nationally and internationally. Through these years I have found threaded into the fabric of police service the interwoven issues of race and use of force. We still face these issues today. Police actions in Tulsa and in cities around our country drive the current national dialogue over race, police use of force, and the role of police in America.  In policing, racial profiling has long been an issue.

In 2001, I was a member of a team of police practitioners and researchers from the Police Executive Research Forum. Working under the auspices of the U.S. Department of Justice, the Office of Community Oriented Policing Services was tasked with examining racially biased policing practices. We published our findings along with recommendations for action. Today, the principles and recommendations in our book, “Racially Biased Policing: A Principled Response”, still provide a practical path to unbiased policing.

The key policy recommendation is entitled “Addressing Racially Biased Policing and the Perceptions of Racially Biased Policing.”  The stated purpose of the policy is to reaffirm a police department’s commitment to unbiased policing, clarify the circumstances in which race/ethnicity can be considered when making law enforcement decisions, and to reinforce procedures that serve to assure the public that the department is providing service and enforcing laws in a fair and equitable manner.

One key aspect of ensuring the equal treatment of citizens is the consistent application of the standards of reasonable suspicion and probable cause to the appropriate law enforcement interventions.  This policy affirms these Fourth Amendment requirements and emphasizes their application to detentions, arrests and searches. The policy prohibits the use of race/ethnicity as a general proxy for criminal behavior, but allows officers to use this identifying characteristic as a basis for making law enforcement decisions in particular situations.  Specifically the policy reads:

Except as provided below, officers shall not consider race, ethnicity, or national origin in establishing either reasonable suspicion or probable cause……

Officers may take into account the reported race, ethnicity or national origin of a specific suspect or suspects based on credible, reliable, locally-relevant information that links a person or persons of a specific race/ethnicity to a particular criminal incident(s).

Racially biased policing actions by police officers are civil rights issues. Investigative detentions, traffic stops, arrests, searches and seizures of property must be based on a standard of reasonable suspicion or probable cause as required by the Fourth Amendment of the U.S. Constitution and statutory authority.

Issues of race remain a constant theme in the fabric of the Tulsa community. Presently, and during my years of service as a Tulsa Police Officer, of particular concern to me are race relations and the continuing estrangement between the police and the poorest and most disenfranchised people they serve. In the 1980’s a number of progressive police departments began experimenting with a new approach to policing that focused on improving relations between police officers and the communities they serve. This approach to policing, called community policing, focused on developing partnerships between the police and the community, addressing community problems through systematic problem-solving efforts, and finding ways to ensure that officers’ efforts in these areas received support from the police department. 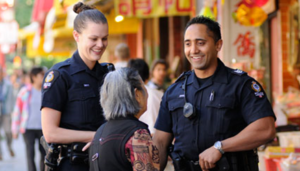 A police department that utilizes community partnerships and problem-solving efforts as part of its efforts to reduce crime and citizen fear of crime has different organizational needs and challenges than a traditional police department that does not engage its community in such efforts. This is because community policing challenges the basic beliefs that were the foundation of traditional policing.

Twenty-three years ago Tulsa—along with cities such as San Diego and Anaheim, California, Portland, Oregon and Fort Worth, Texas—was on the forefront of implementing community policing. In the ensuing years the Tulsa police and city political leadership abandoned the effort and returned to reactive, incident-driven policing. The people of Tulsa can judge the effectiveness of this response for themselves.

The ability to maintain peace in our community is based on trust and accountability, trust between a community and its police and that each person is held accountable for his or her actions. The philosophical construct of community policing has proved to be the best possible response to ensuring that police practices uphold the human rights, civil rights, and dignity of all people.

A recent online study conducted by the online blog site www.mylife.com, listed Tulsa as the most dangerous city in the United States. Over 200 cities were studied and ranked based on their population, number of police officers, deadly crashes, violent crimes, property crime, registered sex offenders and the number of people enrolled in health care coverage.

Simply stated, our current crime fighting tactics are not working in Tulsa and a new approach is needed. More “boots on the ground” is not always the answer either because just adding officers does not really address the root causes of crime. Higher incarceration rates, bigger jails and clogged court systems do not a safer city make. It is time for us to take a more holistic and multi-disciplinary approach to reducing crime.
While there is always a danger in using crime statistics to prove a point, we could not help but notice the startling difference in outcomes of two similar sized cities, Tulsa and Anaheim, California, a city that embraced community policing strategies over 20 years ago and now enjoys its benefits.

We also invite you to review the We need to begin fighting crime at its roots section at the bottom of this previously published SGTC blog post: Let’s build a city.

Drew Diamond, is Executive Director of the Jewish Federation of Tulsa. He joined the Federation staff in 2010 following two years as an Administrator with Union Public Schools and sixteen years as Director of Training the Police Executive Research Forum (PERF). He is the retired Tulsa Chief of Police. He completed twenty-two years of service with the Tulsa Police Department and served as Chief from 1987 until his retirement in 1991.

Prior to joining the Tulsa Police Department he was an employee of the Federal Bureau of Investigation until he entered the U.S. Army and became an Agent in the Army Criminal Investigations Command. He is a graduate of Northeastern Oklahoma State University.