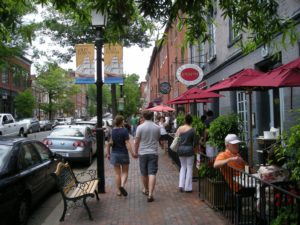 This is a wonderfully exciting time to be in Tulsa. For instance, earlier this year Tulsa made the top 52 must-see places in 2015 according to the New York Times. This speaks volumes of our architectural heritage.

We are far from perfect, however. Tulsa also recently won the StreetsBlogUSA “Golden Crater Award” for the worst effects of parking devastation in a downtown.

This was apparently a landslide victory according the editors of the blog. What then are some of the ways we can work to make Tulsa better through an understanding of the national demographic trends that are shaping the future of our most productive cities?

It is well known and well publicized that the two largest demographic segments with the most influential buying power in the housing market are the Millennials and the Baby Boomers. Combined they represent 70 percent of the adult population and as a result they are beginning to have significant impacts on the market.

Nationwide both groups are clamoring for the urban experience of walkable, transit-friendly neighborhoods. The most forward-thinking cities have been responding to these demands for a couple of decades now, generating long-term wealth through their ability to attract and retain the creative class and the businesses they generate and support. Although Tulsa is late to the game in this kind of investment, this is an especially exciting time as more people are realizing the impact of good design on the way we live. 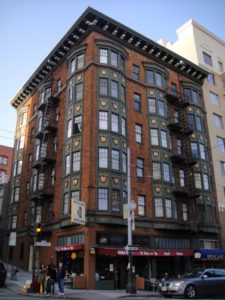 Consider the current trends in the U.S. today: as people seek out active urban lifestyles the limited supply of these great places is causing real estate costs to skyrocket.

The median list price for a one bedroom apartment in the San Francisco Bay Area is $3,500 per month.[1] Not to be beaten, a one bedroom rental in Tribeca or the Flatiron District in New York City will run about $4,000 per month. Even at the default scenario of room sharing in apartments, the costs are still outpacing the budgets of large demographic segments.

These urbanites are faced with roughly four choices: (1) move until they can afford the rent and miss out on the urban lifestyle they desire, (2) move to a high risk neighborhood or blighted industrial pocket in the city – places which are becoming increasingly more difficult to find in major cities, (3) live with roommates crammed into a tiny apartment for the remainder of their lives, or (4) move to second and third tier cities where they can meet their budgets and satisfy their desire for urban living.

Indications of this swing toward the fourth option are beginning to occur at increasing rates. Tulsa, like most of middle-America, is well-positioned to capture this next wave of growth.

However, Tulsa first has to be able to meet the demand for walkable urban places. National surveys conducted by Christopher Leinberger of the Urban Land Institute found that 40 percent of the entire country (and 77 percent of Millennials) desire to live in a walkable neighborhood while only three percent of current housing stock meets that criteria.[2]

Leigh Gallagher identifies a list of trends that point toward a tidal shift away from the suburbs and toward cities in her book, The End of the Suburbs. They are summarized as the following:

Cities in 2010 grew twice as fast as outer suburbs for the first time since the invention of the automobile.

Among other things the Great Recession revealed, it is that home values hold up far better in urban centers than in suburbs.

There has been more building in cities than in the suburbs since 2000. National firms like Toll Brothers have shifted their development model from single-family suburban houses to primarily urban, multi-family and mixed-use projects.

Poverty has migrated to the suburbs

There has been a rise in the last decade of poverty in the suburbs, with increases in crime and lack of job opportunities in these more isolated places. Statistically speaking, the notion of a “safe” enclave no longer holds true when it comes to the majority of suburban neighborhoods.

Wealth has poured back into cities and investments in urban cores have a much higher demonstrated generation of wealth over the long run.

Currently only half of U.S. adults are married and families with children will represent only one quarter of all U.S. households by 2025.

Millennials dislike the suburbs and they dislike cars

We are becoming more eco-conscious

There is a growing trend of saving over consumption following the Great Recession. Also on the rise is the practice of collaborative consumption, e.g., car sharing.

The suburbs were poorly designed in the first place 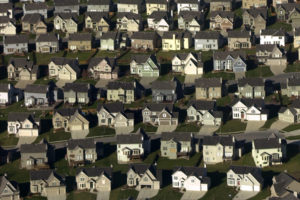 Suburban sprawl was a planning experiment that we entered blindly and in concert as an entire nation. As an untested experiment it ran counter to thousands of years of prior city building practices. Despite some of the genuine benefits, spreading people apart from jobs and daily needs has had negative social, economic, and environmental consequences that we are only now beginning to realize.

In the book, Gallagher recounts the significance of the keynote speaker at the National Association of Home Builders annual conference in 2012.

Three years out from the Great Recession and builders accustomed to conventional sprawl development were realizing that shifting market trends went much deeper than the after-effects of the economic downturn alone. They invited Aaron Ralston to speak – the famous hiker who got trapped under a boulder in Utah for five days in 2003 and made the decision to cut off his own arm in order to free himself and survive the ordeal. 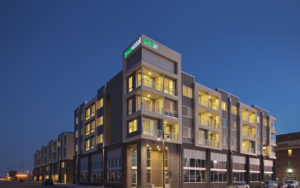 The parallel message Ralston delivered was clear: national home builders had to reinvent themselves if they were to survive, often in painfully disruptive ways that ran counter to their suburban development models. Evidence of these changing development models is already visible in the rebirth of our main streets and urban neighborhoods and with vocal support from Tulsans even more exciting changes will soon be on the way.
Click here to read Part II:  What makes for a great WalkUP?