“If others want to dictate how downtown property is to be used, they should consider investing their own money in downtown real estate. Then they can call the shots.” 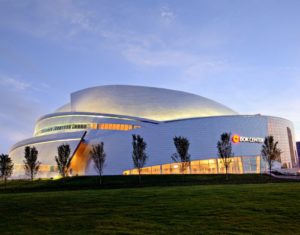 The April 28th editorial fails to acknowledge that almost every Tulsan has a “stake” in downtown by virtue of taxing themselves to make hundreds of millions of dollars in public investments downtown.   That funding has unquestionably fueled the current revitalization efforts in the private sector.  Simply stated, one cannot flourish without the other.

“It wasn’t a design overlay that built the Philtower or Boston Avenue Methodist Church,” the editorial continues.  Granted, there was no need for a design overlay in those days.  As late as the 1940’s and early 50’s, cities including Tulsa were built following a prescription developed globally over thousands of years.  Those compact, mixed-use, densely populated communities were designed for pedestrians, not automobiles and they were much more sustainable than the neighborhoods of today. 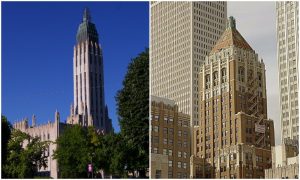 Indeed, the commitment to quality design standards by the developers of Boston Avenue Methodist Church and the Philtower is now an urban legend of which we can all be proud.  If all or even most of our local real estate developers were similarly inclined today, there would be no urgency for an overlay.

Too often however, real estate developers here and elsewhere sacrifice the long-term benefits of quality design standards for quick pay-offs that short change the communities in which they operate.  Look no further than those who tear down historic but functionally obsolete structures with redevelopment potential in order to reduce their Stadium Improvement District tax bill and to build another ugly un-needed and un-wanted surface parking lot. 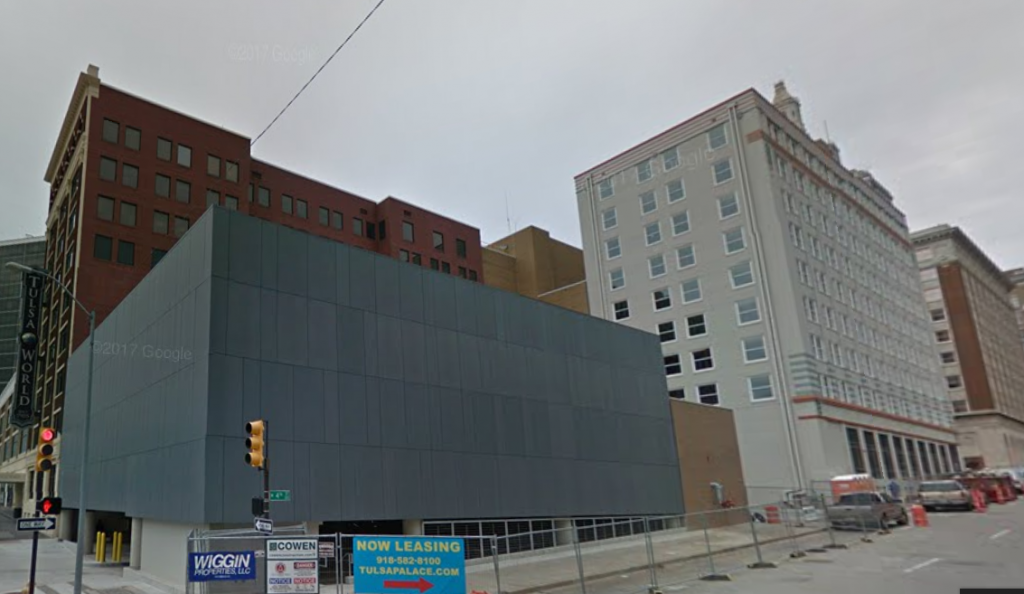 While we applaud the Tulsa World Media Co. for the adaptive reuse of the Palace Building at 4th and Main Street (previously scheduled for demolition), we must also point out that the project was held hostage by its neighbor to the west, a new non-contributing 3-story blank gray fortress they built for paper storage at the corner of 4th Street and Boulder Ave.  The projects benefited from tax credits and abatement’s which further contradict the newspaper’s implication that only building owners have “skin in the game” downtown.

The editorial extols the fact that “the area has a great number of beautiful buildings, which were put there by visionary people,” as if the two go hand-in-hand.  Yes, Tulsa has benefited from visionaries many of whom were also wealthy and philanthropists.  Their contributions have endured for decades.

But we’ve also experienced the fallout from opportunists and land-bankers like Maurice Kanbar, until recently the landlord king of downtown Tulsa.  He sought to take advantage of what others built with no apparent interest or motivation in pursuing an admirable legacy of his own.

And now comes Mr. Kanbar’s successor, proposing a parking garage partially financed by government incentives at the virtual epicenter of downtown, with no commitment to a first floor retail component, no windows, no doors, no engagement with passersby.  Their renderings are more reminiscent of the type of parking garage one might encounter at a sprawling suburban casino than in the heart of a re-energized central business district.

The Tulsa World chooses to portray those who support minimum design standards in a simple overlay as obstructionists bent on restricting property rights by adding layers of burdensome regulatory conditions on developers.

We characterize them as the more authentic visionaries, as reflected in this recent social-media commenters’ post: “We should think of downtown design guidelines as “protective covenants” designed to protect the long-term value of all downtown property owners and the City’s (taxpayers’) investments in public spaces and infrastructure. It’s pretty simple.”

According to the Tulsa World, money talks and others walk

It appears the Tulsa World and those downtown real estate investors who resist building design standards favor only those with money and wealth.  They refuse to acknowledge that the broader community has, as another social-media commenter observed “an inherent right to direct its own destiny in terms of design quality and integrity of “place”.

In short, the subject Tulsa World editorial exhibits a shocking lack of awareness of the benefits of 21st Century urban design, zoning, land-use and place-making strategies necessary to create the equitable, resilient, connected and flourishing cities of the future.

Rather than champion the principles Tulsa needs to embrace in order to be competitive, the newspaper prefers to embolden the naysayers.  Their actions will likely subvert what could have otherwise been a more rational conversation based upon the best practices of modern cities rather the more short-term and expedient pursuits of profit-driven developers.

The Tulsa World editorial comes off as arrogant.  It implies a sense of privilege .  The attitude is almost as if “we own stuff and you don’t, so shut up.”  It is disheartening to say the least and it has set the stage for what will likely be a much more contentious debate in the coming weeks and months than what we were previously expecting.

Hopefully, before the TW editorial staff weighs-in on the issue again, they will study up a bit on how cities are positioning their downtown’s for growth and prosperity.  Here are a few national resources they might want to consider exploring:  American Planning Association, Center for Transportation Excellence, Congress for New Urbanism, EPA/Smart Growth, Form Based Code Institute, Institute for Sustainable Communities, National Trust for Historic Preservation, Rails-to-Trails Conservancy, Smart Growth America, StreetsBlog, Strong Towns, Urban Land Institute, and the Walkable & Livable Communities Institute.

For more local flavor, they might check out these resources:  PLANiTULSA, Smart Growth Tulsa, Tulsa Foundation for Architecture, TYPros Urbanist Crew, OU Institute for Quality Communities, OU Urban Design Studio, or just call me, I’ll be happy to help out.

For others who are interested in a more nuanced background on the subject matter and how we got where we are today, watch for a blog post authored by District 4 City Councilor Blake Ewing, to be published here on our Blog later this week of May 1st, 2017.