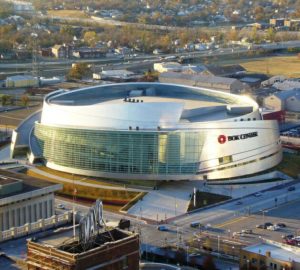 As Tulsa’s city councilors consider which projects and initiatives to include in the renewal of the Vision 2025 sales tax, Smart Growth Tulsa asked survey respondents to step into the councilors’ shoes by participating in an online survey that allowed them to allocate funds and create their own budgets. Respondents were given up to $1 billion to spend, but had to set priorities and make tough choices as they selected from a wide range of projects and funding requests. From October 23, 2015 to November 9, 2015, 565 people took the survey. Following are the top ten projects they selected:

Find links to full results below.

Today, Smart Growth Tulsa shared these results with the mayor, city councilors and the media.  Even though the numbers do not reflect a representative sample of all Tulsa voters, we believe they do offer significant insights into the opinions of many citizens interested in this issue. The following observations and interpretations are offered for consideration.

First, respondents tended to prefer initiatives that supported underfunded areas of the city’s general fund. This is reflected in the high level of support for dedicated funding for transit, parks and recreation and to a lesser, but still significant extent, public safety.

Citizens seem to understand that solving the structural problems of financing city operations is needed and they are willing to use Vision 2025 to address them, even supporting a .4% tax increase to free up money for other worthy vision capital projects and programs.

Respondents also tended to vote for projects that benefited the city or region as a whole, not just a small geographic area or special interests. The lone exception being river development. The six projects proposed along the Arkansas River had the highest average support of any category receiving 227 votes each. The repair of the Zink Dam ranked number three and all of the projects made the top forty.

Transportation projects fared well in our sample, particularly infrastructure improvements for pedestrians, cyclists and transit users. In addition to the dedicated transit tax receiving the second most votes, the implementation of the Bicycle/Pedestrian Master Plan ranked sixth and the Center of the Universe multi-modal transit hub tied for eighth. Except for improvements to Riverside Drive, respondents did not strongly support street widening or road improvements.

A surprise finding was the high level of support for a free city-wide wireless system. While we suspect the $2 million estimate would be insufficient to fund a wireless system downtown, let alone the entire city, we encourage councilors to seek more detailed cost estimates and the best practices of our peer cities.

After submitting their choices, respondents were emailed a request to verify their email address by clicking a link. A little over half did confirm, while others did not.  We have provided a summary of choices made by all respondents as well as just those whose email addresses were confirmed.  We found very little difference in the percentages between the two.

It certainly appears respondents took this survey seriously. On average, they carefully selected 26 items from a list of over 120. Over one hundred and forty participants offered written comments, an unusually high number for this type of survey. Many of those comments reflected the difficulty respondents faced in choosing between so many worthy funding requests within the limited budget. Over two dozen respondents thanked us for creating the survey and we thank them for spending the time to share their views. Clearly, the city will be well served by investing in more extensive citizen input of this type in the future.

The Vision 2025 budget allocator survey remains active and we continue to collect data. Interested individuals may participate in the survey by accessing it here:  http://vision2025.budgetallocator.com/

The following appendices are attached  for further review:

Appendix One – Summary of Votes

Appendix 5 – Text of email to mayor and council