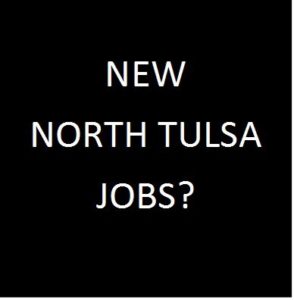 How cities actual spark job creation is a topic of contention- and one coterminous with old and new strategies- all of which are in play in Tulsa. Every available survey of public preferences since the late ’80’s, shows that new jobs, better jobs and employment security is a top priority for Tulsans- and it is an unalloyed part of the dream of many who live in underemployed Tulsa North. In the backdrop, is the overwhelming need to spur real economic diversification in Tulsa- thousands of recent in-state layoffs are a rude reminder that our 20% fossil fuel “labor share” means that we continue to be heavily dependent on that volatile, sunset industry and an ecology of support activities and services.

How well does the new Vision Tulsa economic development package – one leg of a trio of items, match Tulsa’s challenges? 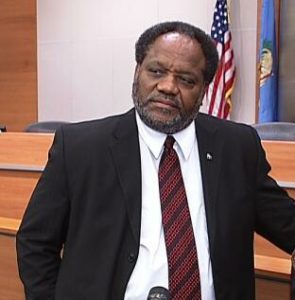 A month ago, City Councilor Jack Henderson and the folks who manage the hugely resourced George Kaiser Family Foundation (GKFF) announced a signature initiative designed to spawn as many as 1,000 new, quality jobs in Tulsa North. The GFKK Northside gambit is an aggressive, combo industrial park and training package that is the largest public/private strategy of its kind launched in a generation in the Tulsa City limits.

The project, called the 36th Street North Industrial Park or Peoria / Mohawk Industrial Park, calls for a lease back arrangement – with GKFF giving the City of Tulsa a 115 acre, $12 million site. The conceptual design for the project strongly resembles efforts the Foundation has executed in an array of other development efforts including the downtown Matthews (art) building, the Kendall Whittier West Park Apartments and others. The effort comes as Ken Levit, the GKFF chief told this writer, after over four years of rigorous study, an extensive land acquisition process, and extended, quiet consultations with a handful of Tulsa North business activists, city officials and economic development planners at the Tulsa Metro Chamber.

Interestingly, the Project also features a novel arrangement, with OSU’s Industrial Tech, to provide deep training and agile skill development to workers for the one or more companies that will eventually occupy the Park, construct buildings and commence operations at the site. These yet to be solicited firms, will be sought via a national search to populate what would be an occupancy ready space- one that will need an estimated $18 million in prep, infrastructure and other site improvements.

A stark reality: helping existing outfits expand, supporting new companies and providing effective job training for same is complicated and costly. And recruiting companies from outside our borders, is a tough and highly competitive business, considering there are over 20,000 jurisdictions in the game- including cities, towns, states, tribal entities and every conceivable combination of the above.

The beginning of clear thinking about this passel of job sparking gambits – called economic development- starts with realizing that existing companies, mostly small operations, are central to job growth in most American communities. The reigning motion in the job creation “business” is pretty direct- small business operations create the bulk of new jobs and are a big part of American labor. Most jobs in the US, in Oklahoma, and in Tulsa come from small operations. Companies that employ 10 or fewer employees make up the bulk of employment in T-Town and elsewhere. 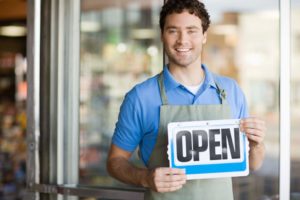 Sadly, most of these small firms do not grow beyond a few employees over the whole course of their existence. And while myth and American folklore suggests otherwise, most of these tiny outfits offer few promotional opportunities and never grow beyond miniature ventures with modest payrolls and unexceptional products or services- only a few businesses grow to become spectacular, big employment outfits with world changing impacts – the Walmart’s, Apples, Nikes- all once very tiny companies – are rare exceptions to the norm. Attracting footloose companies from other U.S. localities is a standard and often criticized  alternative path to job creation.

Capturing companies is hard, habitually frustrating – and hyper expensive. And lots of keen observers believe that putting firms on “roller coasters”, – relocating these “mobile” companies is a modest yield strategy, and one that usually only secures low quality jobs- and a passel of evidence suggests, at the national level, “company capture/relocation” is cannibalistic -and creates little new employment. There are, however, organizations with massive resources and great patience at the local level in some places – like Tulsa GKFF- that can sometimes get exceptional, counter case, results. 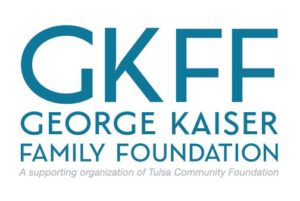 As some readers know, the Kaiser Foundation is shepherding a heavy ensemble of projects in Tulsa. Included are its heralded child development program- Educare, the Talking is Teaching program, and of course its support for the OU/TU School of Community Medicine. They also program the wildly successful hybrid performance and outdoor venue- Gutherie Green. And now comes A Gathering Place for Tulsa- the largest gift ever given to a privately funded park in America, an adventurous playground that will redefine the outdoor experience for every Tulsan.

The Kaiser Peoria Industrial project is a potential breakout effort for Tulsa North, but is embedded in a $884 million ensemble that will make up the Council/Mayor’s Vision Tulsa portfolio. The 36th Street Business Park effort will have to secure voter approval as a piece of a larger economic development bundle that includes over $144 million for a controversial dam/ river development effort, a big $65 million Gilcrease Museum expansion effort, Cox Business Center improvements, several often misunderstood proposals to fund a national BMX headquarters and a National Guard training/simulation project.

All of these economic gambits are contentious by definition – since they don’t receive the kind of conventional public scrutiny that typifies other kinds of Vision projects and often entail arcane, pre-public advance funding, land acquisition or backdrop negotiations. And some of these projects are especially problematic because they may not yield the sustained, broad range of job gains and “spill over” economic impacts that is hoped for.

The National Guard simulator project, a $18 million dollar project, to use one example, could easily be rendered obsolete by radical advances in virtual reality tech and awesome changes in air hardware and manned piloting tactics in American defense. Drones and training folks to fly them may soon play a giant role in U.S. air strategy, eclipsing piloted planes and conventional pilots of every kind. With the new industrial park, GKFF, has jumped into the world of job creation locally- and in Tulsa North in particular. The Project comes with stout backing from City Councilor Jack Henderson – and is part of the Vision Tulsa referendum now slated to come before voters for approval on April 5th of this year.  View: The Frontier’s VISION MINUTE with Kevin Canfield on the Air National Guard Proposal

The Peoria / Mohawk project is designed, in part, to meet a long standing barrier to big time job growth in the Tulsa North area and Tulsa proper – the lack of suitable, appropriately sized sites for light and medium sized manufacturing operations. As readers may know, new industrial operations, when they have located in Green Country of late, have been put on sites outside the city proper – usually in the extremities of the County- notable examples include the new Macy’s warehousing/logistics operation in the far north of Tulsa County.

A New Kind of North Side/Business Engagement? My conversation with GKFF’s, Ken Levit, who is leading the 36th Street project and working very closely with Councilor Henderson, was panoramic. The conversation included a discussion about a bracing kind of sustained engagement that the Foundation wants to craft with Tulsa North area businesses, neighborhood associations and economic development groups, as the 36th Park Project gets underway-  assuming that the Vision funding referendum secures voter approval. 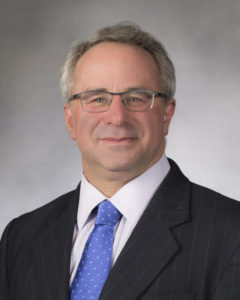 Levit envisions on going consultations and sustained outreach with north side churches, neighborhood organization, development groups, elected leaders and other area business people as the Foundation works with the City to complete the site. The next phase of the process – securing one or more outside companies- is the hard part. The Tulsa Metro Chamber will be heading up that effort, one that is highly competitive and challenging to find just the right fit for the company and the local community. An Another Job/Development Path- The RAW Space Project GKFF is one the most inventive philanthropic ventures in America. The newly announced north Tulsa Industrial park is a testament to its expanding commitment to support and empower modest income people in Tulsa and the most aggressive at job creation in Tulsa north, ever.

But the project may not be GFKK’s most imaginative offering. Another economic development effort – one that did not make the cut for Vision Tulsa funding, has outsized potential. 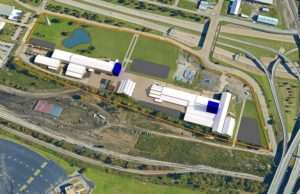 Called Raw Space, Scott Philips and his Tulsa collaborators want to morph the much talked about, not much employed, Evans Fine Tube site into a grand project that might re-animate part of Tulsa North and significantly spark T- Town’s industrial spine. Young black and Hispanic kids are especially in need of rad opportunities that reward hard work and ingenuity – independent of advanced training or college- jobs that look more like the well-paying industrial gigs of yesteryear than the low paying, dead end, burger flipping work that is all too prevalent. The GKFF effort is a step toward meeting some of these realities but it doesn’t have the game changing mojo of the RAW Space effort . 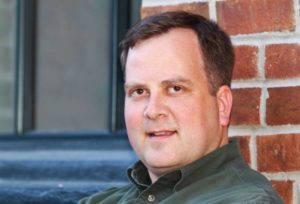 RAW and projects like it in bioscience, advanced materials and in construction could empower a new kind of local entrepreneur and, as important, a huge range of T-Town workers – who, if the still emerging evidence is any indication, can command excellent wages: all players, frontline parties to the emerging “maker economy”. The cluster of production, design technologies and agile machines needed to make this leap forward are incorporated in the proposed RAW Space project- an augmented manufacturing/3D maker “villa” that could eventually reshape the fate of hundreds of firms and thousands of worker here in T-Town by using a co-op like model.

Interestingly, in spots like Pier 9 in San Francisco, these frankly revolutionary efforts are already in play. The emerging “maker world” looks to be a bracing, transformative era where wildly different tactics for making and building things, and the services, customer outreach and vastly different educations required to do well – get radically democratized. I wrote more about RAW in this space earlier… http://smartgrowthtulsa.com/backspace-please-on-vision/

Will Tulsa have an early stake in this fertile new realm?

Editor’s Note:  The views expressed on this web site are those of our contributing authors and do not necessarily reflect the opinion or policy of Bill Leighty, Smart Growth Tulsa, it Trustees or Advisory Board Members, or our affiliate member organizations unless specifically stated.

Originally Published in The Oklahoma Eagle /Feb 2016 By Ray Pearcey

The Second Machine Age by Erik Brynjolfsson and Andrew McAfee

The End of Competitive Advantage by Rita Gunther McGrath

The New Digital Age by Eric Schmidt and Jared Cohen