The current countywide Vision 2025 sales tax is set to expire at the end of 2016. Several municipalities, including Tulsa, have decided to scrap Vision 2025’s countywide concept in favor of their own individual packages. That has resulted in a real challenge to Tulsa County’s efforts to find continued capital improvement revenue as the Vision 2025 partners go their separate ways.

Over the years, It’s been a long and winding road for Tulsa County Commissioners to identify funding sources to meet their capital needs. In 2001, voters approved the first “4 to Fix the County” proposal, by keeping in place a two-twelfths cent countywide sales tax that had been used for the operation of the Tulsa Jail. That tax expired on Sept. 30, 2001, leaving a permanent quarter-penny sales tax for jail operations.

The 0.167-cent 4 to Fix tax had been extended countywide twice since 2001, but the City of Tulsa’s 2008 Fix Our Streets program made a portion of it a city tax when it expired, souring relations between the city and county. In one extension, the county had used the tax to fund more than $142 million in capital improvements, including road repairs and improvements to Expo Square. 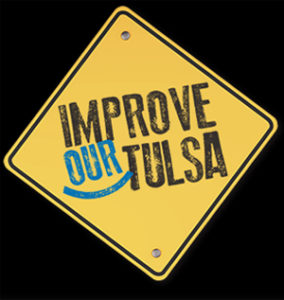 Because Improve Our Tulsa replaced the county’s Four to Fix tax for road repair, commissioners had claimed they would be forced to go after more of the Vision renewal, than the .05% left unclaimed by the city’s plan. Several pitches have been proposed by county officials over the last few years including one to recapture the full 0.167-cent former 4 to Fix tax, possibly as a part of the Vision 2025 extension, to finance among other things a juvenile justice center.

Most of the proposals have been shot down by City of Tulsa, and surrounding communities, as elected officials have shown a steadfast determination to capture all but .05%, or one twelfth of the expiring Vision 2025 sales tax. That would have funded less than half of the county’s identified $140 million in needs.

Maintaining they were being left with little choice, county officials were leaning towards asking voters to consider a full 0.1 percent sales tax in the Vision renewal. If approved with the city’s package it would have resulted in an increase of the overall sales tax rate in Tulsa by 0.05%, which most everyone agreed could threaten approval of the entire package.

There certainly is nothing unique about elected officials attempting to avoid the political impact of a new tax increase and that is ostensibly why the entire Vision renewal has become so complicated, by shifting well over 40 percent of the 0.6 percent “Vision” tax from a temporary capital improvements levy to a permanent transportation and public safety tax, to avoid a tax increase to fund core services. 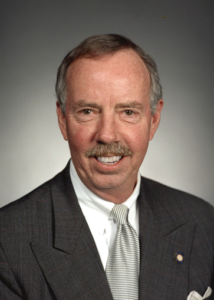 A resolution to the stand-off began to take shape in the very last few weeks of the city’s Vision renewal deliberations. If the county were to avoid the potential request for a tax increase, commissioners asked that the city of Tulsa include $65 million for work on roads, Expo Square and county parks, that primarily benefit the city, in the 15-year city Vision renewal. That would have included $35 million for Expo Square, about $12 million for LaFortune, Chandler and O’Brien parks, and $18 million for roads and bridges.

County officials, including Commissioner Ron Peters pointed out that the improvements to Expo Square are necessary to retain major attractions like the U.S. Arabian and Half-Arabian Horse Show with a $26 million annual economic impact in the city of Tulsa. Peters, and his fellow commissioners collaborating with G.T. Bynum and other councilors negotiated an agreement.

A plan is agreed upon

Unwilling to give up the entire $65 million, the mayor and city councilors began looking at conceding any money left after the .6 percent Vision 2025 levy expires in December and after $45.5 million is refunded to municipalities. The authority administering the Vision 2025 county sales tax took steps recently to make way for the county to capture those funds, which some have estimated as much as $15 million. The county will presumably use the money for roads, bridges and improvements to LaFortune, Chandler and O’Brien parks. That, combined with an agreement to fold $30 million of the $35 million the county requested in improvements to Tulsa County’s Expo Square into the city’s Vision renewal proposal, avoided the threat of a tax increase from the county, but still leaves the county $20 million short of their anticipated needs.

So, on the Vision Tulsa renewal ballot, Tulsa County will offer a roughly $75 million package, funded by 0.05 percent sales tax over 15 years, for projects outside the city of Tulsa. Click here for a copy of the Tulsa County (Sales Tax) 040516 Resolution.  We pass along the following list to provide you with the project details to inform your vote on the County’s Vision Tulsa plan, April 5th.

Tulsa County maintains more than 700 miles of road and nearly 200 bridges. They are the backbone of our neighborhoods, business and education areas. Every municipality in Tulsa County benefits from the Tulsa County Maintenance Master Plan. In addition, there are dozens of miles of levees protecting areas along the Arkansas River. Improvements to levee systems are critical to public safety.

Tulsa County Parks are some of the finest and largest parks in the region. People visit our parks about 1.5 million times per year, and thus need capital improvements to meet an ever growing demand. The County’s ability to service our visitors is hinged on having the capital dollars necessary to maintain and create public spaces that promote healthy lifestyles.

The county has long struggled with antiquated space in buildings and enough parking to accommodate the thousands of people who use the court house. Solving these long-standing issues will allow the county to operate in a more efficient fashion and serve the public’s need for ease while navigating our facilities.

Four-lane, curb and gutter with storm sewers. Intersection improvements at Memorial and Sheridan, including traffic signal installation or modification.

Replace a 17 ton rated bridge with a structure capable of accommodating overweight, oversized loads that frequent this route. (Potential for a Creek Nation Tiger Grant)

Just north of 61st St. So. Replace a one lane bridge that has structural issues with a structure that has two lanes with adequate shoulders. School bus route.

Resurface and rebuild LaFortune Park Trail – one of the busiest walking/jogging trails in the state. Mud and washout problems occur from existing surface material creates challenges with varying elevations.

Most of the parks fence is 40 plus years old and is damaged in several places. The fence also needs to be at least 6 feet tall.

This is the only lighted Par 3 golf course in the State of Oklahoma. The original light poles were installed in 1970 and the light fixtures replacement parts are unavailable. Upgrading the lights will make them increasingly more energy efficient.

The existing lights are 30 years old, with aging wooden poles and non-energy efficient light fixtures. Golf competition is highly competitive in the Metro area and the driving range is one of the last major improvements needed on the golf course complex.

Existing exercise court was removed for safety reasons three years ago. The park users continually request that it be restored.

Chandler Park will include a Splash Pad/Water Play environment

Replacing the existing swimming pool with a well-designed Splash Pad/Water play environment.  The design includes a re-purposed water system that will reduce overall park utility costs and can irrigate portions of the park to enhance turn conditions for baseball and football fields.

The existing pool is 50 plus years old and is the only major attraction to the park. This pool serves the west side Tulsa County community.

The Master Plan for Chandler Park should be completed by year-end 2015. The Master Plan will guide us in determining the best use for that area of the park.

The return of youth baseball requires an upgrade to the facility to create a safer environment. The original fence was installed in 1984.

The original center was built 48 years ago. In the late 1970’s an exterior spray on material was added to the original exterior, however, the building needs to be updated to enhance the improvements made to the park in the past 10 years.

The interior finishes are also 48 years old and in dire need of updating to enhance the work done from the original Vision 2025 funds and 4 to Fix I and II funds.

The existing parking lot for the recreation center is sloped right at the east exterior outside wall of the facility. This causes water to seep into the rooms and the gym area of the center.

Replace the existing swimming pool with a well-designed Splash Pad/Water play environment with re-purposed water system that will reduce overall park utility costs and can irrigate portions of the park to enhance turf conditions for the baseball and football fields.

The original fencing for this complex was built in 1978. The fencing needs to be 6 feet tall minimum height.

Existing liners are 27 years old, are damaged and leak extensively. We currently pump water from Pole Cat Creek into the ponds to maintain pond levels and irrigate golf course.

The existing fence is wood post and rail and is 27 years old. The fence rotting is a constant maintenance problem for the maintenance crew.

Garage – Address parking needs for the growing number of users of the county courthouse.

Editor’s Note:  Smart Growth Tulsa, Incorporated convened a Special Meeting of its Advisory Board on February 19th, 2016 to consider the four Vision Tulsa sales tax proposals. City Councilor’s Ewing and Bynum were our guests and answered questions from advisory board members about the proposals.

After the councilors left our meeting, Advisory Board members had a lengthy discussion about all four of the ballot questions, which were considered individually, and in depth, to determine what recommendations the board wished to make to our Trustees in regard to the organization taking an official position on each.

SGT’s adopted Articles of Incorporation and Bylaws clearly define our organization’s option to advocate for or against tax proposals and candidates for local office.  That said, it is clear from our discussions that the sentiments to exercise that option will be used judiciously, and only in cases where very compelling reasons exist to do so.