WHO GETS AND WHO GIVES a DAM? II Installment II – flawed process leads to historic giveaway proposal 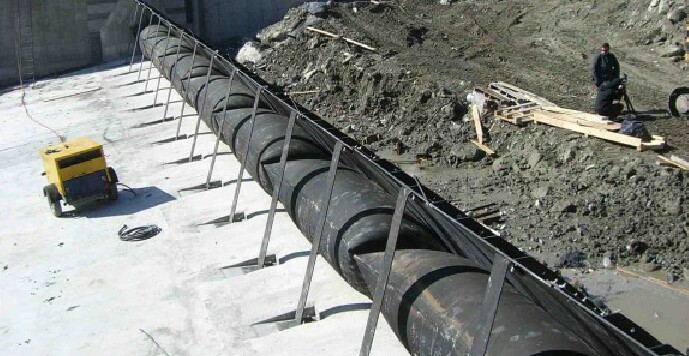 This is the second in a series of Op/Ed columns titled Who Gets and Who Gives a Dam, Installment II – Flawed process leads to historic giveaway proposal, to help citizens understand the ramifications of the Arkansas River Infrastructure Task Force’s proposal for a series of low-water dams costing $300 million. Please help get the word out and share this piece on social media with your friends on Facebook, Twitter and others. In case you missed it, click here: to read Installment I.

A number of very competent professionals have expressed serious reservations about the engineering of these dams and the potentially damaging environmental impact of their construction. Aside from those highly relevant apprehensions it is doubtful there would be enough resistance to defeat the package if they were free or if someone else were paying the bill but that is not the case.

So we are left to determine if devoting $300 million to these dams is the smart, prudent, responsible and best use of the funds.  The massively disproportionate share of the costs expected to be borne by Tulsans (90%) in relationship to the projected benefits simply do not add up.

As previously stated, the Zink Dam rebuild is a literal “no brainer” to improve safety and complement the $350 million dollar private investment in A Gathering Place for Tulsa.  But do not assume that the George Kaiser Family Foundation is automatically supportive of the broader package because I don’t think they are.  This is 2015 and things have changed since earlier proposals were floated.

While the task force has repeatedly claimed that this has been an open and transparent process, the real public engagement has only just begun.  It leaves far too little time for the electorate to study and evaluate the merits of the proposal that extends to the year 2027, before being forced to vote on it next November.   Councilor Bynum has promised that the land use and zoning implications, the kinds and locations of desirable real estate development opportunities and the results of economic impact studies will be available before the vote; but once again leaving precious little time for scrutiny.

A misguided transfer of wealth

The one for all and all for one sentiments that have been expressed in comments on some blogs and forums focusing on this matter are admirable at least on the surface. But they mask the realities of one of the most profound inequities and misguided transfers of wealth proposals ever having been considered for presentation to Tulsa taxpayers.

The elected officials and residents of Sand Springs, Jenks and Bixby must be absolutely giddy over the prospects of having Tulsans pay for enormous new infrastructure improvements in their communities that will surely lead to new real estate development and job creation.  Yes, these cities are our neighbors and our friends but make no mistake about it, we are directly competing against them for rooftops, economic growth and prosperity and the accompanying sales tax revenue which pays for our city services.

The thought here is that from a Tulsa taxpayer vantage point this entire process has been flawed from the beginning because it has been clear that Sand Springs, Jenks and Bixby could not afford to pay for these three new dams.  To be blunt, for any of Tulsa’s elected officials to suggest that their constituents pick up the tab demonstrates a questionable commitment to good stewardship that some have characterized as bordering on malfeasance of their fiduciary duty.

To date I’ve not heard of a single local elected official who has publically or officially questioned the wisdom of this “all or nothing” proposal, but I would not be surprised if many of them start distancing themselves from the campaign in the very near future.  The early on presumption that this is or was a done deal has now been exposed for what it is; much too premature.

The process which has produced the plan in its present form is strongly reminiscent of the now infamous Vision 2, which seemingly ignored our comprehensive plan, lacked any serious attempt at public engagement and reflected an unflattering and unprecedented display of arrogance that a small group could anticipate what taxpayers wanted and needed without consulting them.  I wrote several articles discussing my doubts about Vision 2 before the election and what to do after it failed miserably at the polls:  Vision2 Is Myopic, and Tilt! Time for a Re-Set. 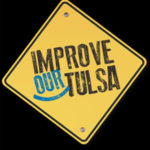 Encouragingly, after the ill-fated package went down in flames, the Tulsa City Council began in earnest crafting the Improve Our Tulsa initiative, a model worth imitating.  In what I characterized here Improve Our Tulsa as a very well organized and unprecedented public outreach, they arguably delivered the most transparent and fully vetted capital improvement tax package in Tulsa’s history.  The ill-advised fire, aim, ready fashion in which this dam proposal has been conceived behind closed doors is a most regrettable regression from the progress made in developing the highly acclaimed and almost universally supported Improve Our Tulsa effort.

How the process could have worked

Here is how the whole mess could have and would have and should have been avoided.  Begin with an affirmation that mandates all public spending, both for operations and capital improvements must support and be consistent with the community’s adopted comprehensive plan.

Immediately following the approval of Improve Our Tulsa the mayor and city councilors, rather than pursue their own pet projects, could have directed our planners on city staff and at INCOG to prepare a list of candidate projects and ideas.  Included would be those projects that most favorably reflect the values, guiding principles and vision of the comp plan.  That would include sustainable economic growth, improved transportation and mobility options, neighborhood and community building with affordable housing options that benefit all citizens not just the privileged few.  And finally consideration of projects that would help protect the environment and preserve our historic assets.

If we would have hit the ground running immediately after the November 2013 Improve Our Tulsa election we might have hoped for a viable list of options from the planners within six months or about May of 2014.  We then could have scheduled a number of workshops and perhaps six bi-monthly public engagement meetings over this past year to get a sense of which of concepts gained the most traction with the public.  That scenario would have brought us up to the present time and left us about six months to debate and consider what might make the final cut, not rush the entire process into that very short time frame.

All stakeholders, including members of the Arkansas River Infrastructure Task Force, proponents of a major league soccer-specific stadium, supporters of a River West Festival Amusement Park and other exciting “big ticket” attractions would be invited to make a sale pitch at the public meetings.  Then in a fully open and transparent manner they could all make their presentations accompanied by fancy illustrations, carefully crafted videos and or 3-D models to compete for voters’ attention.

Stop patronizing voters, they are smarter than you think

That is how you win the hearts and minds of voters.  You don’t tell them what they need, you present them with a multitude of options and ask them what they want, then let them decide.  They will likely make the right decision, they almost always do.

Perhaps in the end a decision will be made to shorten the length of the Vision 2025 extension from eleven years to say five or six.  That way we could include only the very highest priority, most popularly supported projects offering the most proven and fastest return on investment.  If those are successful then our elected officials can come back in a few years and ask voters for another extension to address new projects that may surface.

Editor’s note:  Installment I in this series stated that SGT had not taken an official position for or against the proposal.  Some mistakenly interpreted that as a pledge of neutrality which was unintended.  Many others have had a healthy amount of skepticism since the details of this plan were first released.  Those concerns have only been magnified as more information has been made available in the town hall meetings sponsored by the Task Force and presided over by its Chair, Councilor G.T. Bynum.

The mission of Smart Growth Tulsa is to help provide as much relevant information as possible about the $300 million proposal but the views expressed here are solely those of the author and not necessarily those of SGT volunteers, advisers, affiliate members or Facebook followers; they are all awesome and can and will speak for themselves.  I so much appreciate their support..