YOU CAN’T FIX STUPID Imagining Tulsa without the state baggage 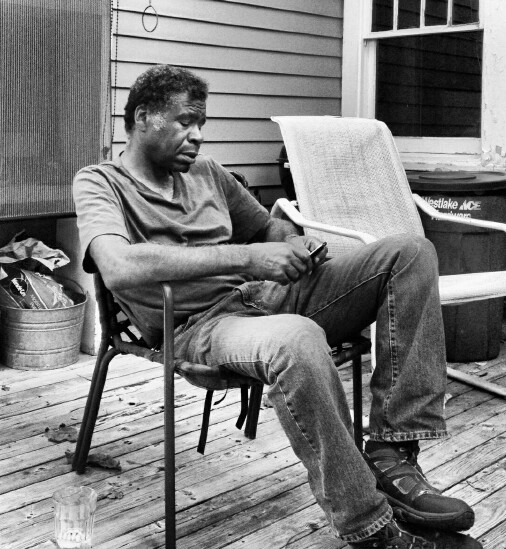 “Pursuant to Article IV, Section 3, Clause 2 of the US Constitution, …New States may be admitted by the Congress into this Union; but no new States shall be formed or erected within the Jurisdiction of any other State; nor any State be formed by the Junction of two or more States, or Parts of States, without the Consent of the Legislatures of the States concerned as well as of the Congress.”

Oklahoma is a fascinating, often funny, and sometimes praiseworthy place.

And the state has an exciting, singular, frequently brutal formative history packed with colorful leaders, sometimes peculiar political movements and a taste for theatrics like few other spots.

Most recently, I was proud of the University of Oklahoma’s forthright and forceful response to the racist outrage that scarred that community during the SAE controversy. President Boren’s potent reaction to the whole matter was anti-bureaucratic, emphatic and laudable: a grand response to the deeply troubling acts of a handful of grievously misguided students. Sadly, the OU fiasco came on “Selma Weekend” amid a flotilla of commemorations, and a powerful and arguably historic presidential address just a few paces from the legendary corridor where the bloody, transformative events in Alabama occurred fifty years ago.

I was born and have spent most of my entire adult life in Oklahoma. I am deeply repulsed by the torrid passel of measures that have either been proposed or actually moved though the state legislature in the last 3 to 4 years. And the outlook of much of our state’s leadership on other matters has also been toxic and strikingly dysfunctional.

Governor’s Fallin’s completely uncharitable attitude toward expanding healthcare and her feckless reaction to the now almost forgotten “border kids” that were ever so briefly guests of our state late last year, are two epically bad choices. According to the Governor, the several hundred now long gone children, who stayed for a few weeks at Fort Still, were posed to wreck our healthcare system and our public schools – an hysterical and heartless posture.

And now, given the manifestly thoughtless, anti-mathematical fiscal policies animated by the Republican majority in both the Oklahoma House and Senate, the state stands on the threshold of a $611 million deficit. Many, if not most of the these pointless, often medieval measures look to be about further marginalizing groups of folks in Oklahoma who have long been living on the edges of our society, our economy and our culture. 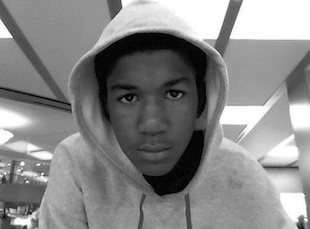 The laughable, but deeply offensive “hoodie measure” for example (now withdrawn) was what political analyst’s call a “dog whistle” – a slimy invitation to bring criminal sanctions against black and Hispanic kids who frequently wear hooded sweatshirts. But the clear intent of the bill’s author was to associate same with the Trayvon Martin killing–just over 3 years ago. Readers will recall the dead black kid in question, wore a hoodie during his fatal encounter with his heavily armed assailant, George Zimmerman- a since revealed brute who has been, post Martin episode, arrested on suspicion of several odious acts.

And then there is the proliferation of proposed anti-gay legislation that has shown up with alarming frequency in Oklahoma legislative committees.  My Tulsa Voice colleague Barry Friedman has done a great job over the course of the last year and a quarter, of chronicling some of these measures – bad business proffered by Representative Sally Kern and others.

There are  other draconian acts incubated by our Legislature recently that would’ve allowed retailers, service providers and others to use a “religious shield” as a rationale to exclude providing goods and services to gay people and others who aren’t “appropriate” players in their doctrinal worlds.

It appears that Oklahoma is broken on many fronts and frankly I don’t see how it can be fixed.

Perhaps it is time to speculate about what the planet might be like in 25 or 30 years and what the “grand” map might look like. Advancing climate change, water deficits and systemic food production problems will almost surely be with us. But how will the world be organized and how many countries will there be?  With autonomy referendums brewing in places like Barcelona, the continuation of long roiling separatist efforts in Quebec and the not yet dead Scottish independence movement, one can’t help but wonder if a global breakout is afoot. Bottom line: there might well be many more countries than there are at the moment, in a decade or so.

And what about the United States – this may seem like a wild query: but how many U.S. states will there be in, say 2025 or 2040? Imagine a future US geopolitical climate- one spawned by huge demographic changes that are already well underway- that will make us receptive to new comers.  How about Cuba, Kurdistan (the Iraq enclave) and maybe Kenya? All these spots are intensely pro-American and might benefit greatly, as we might, from an imaginative 21st century state accession movement.

But what about here on the continent: there is an extended, well-funded referenda campaign rolling in California, that got well over 800,000 signatures last year and may appear on the California ballot in 2018. The proposal would split California into six separate states: and while it’s by no means assured of success- national congressional approval would be required- you might be saying hello to people from the states of Jefferson, from North Callie, from the state of Silicon Valley, and some other newly flagged spots you’ve never had to annunciate. 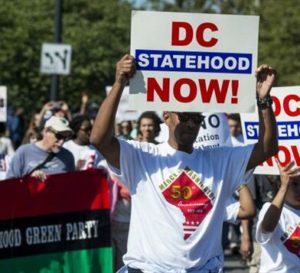 And then there’s the case of Washington D.C. – a place with nearly 800,000 folks, roughly equivalent to the metropolitan Tulsa area population.  The residents there have been pining for statehood and more autonomy for decades, including a voting member of the U.S. House and for the constitutionally mandated allocation of two US senators.

And mind you, none of this has anything to do with the deeply toxic notions that go to dismembering the US.  Most of the stuff I’ve heard or read about or talked to political activists about the “augmented statehood front” has nothing to do with breaking up these United States.  I would gladly join a newfangled Lincoln brigade to keep the place together, if it came down to it.

But the number of US states, the exact number as the century rolls on, is an altogether different matter. This brings me to the “New Oklahoma”, or “Tulsie”: a re-imagined place that would separate Tulsa and our surrounding “hood” from the nonsense that is a seemingly interminable part of our dysfunctional state legislature.

Even though I think it would be cool, the “New Oklahoma”, if it ever came about, wouldn’t be anything like a lefty Republic.  That would be extremely unlikely given our state demographics, and the social and political realities we face now and in the foreseeable future. But the “New Oklahoma” might be a realm where superior policies on taxes, and an array of fiscal matters, ratcheted up health care, vastly augmented funding for public education and the status and compensation of school teachers, a more dynamic economic development strategy and a brighter “futures” trajectory- all might be real prospects if we could get untangled from the craziness.

California’s movement to partition the “sunshine” realm into six fully functional states is both incredibly interesting and important; some keen observers believe the thoughtful discussions that undergird it, are bound to be a part of America’s future. And it’s also as fascinating and as thoughtful as last year’s effort to hive off Scotland from the United Kingdom – a campaign that garnered over 45% of the vote and was clearly motivated by a wide range of highly tangible, practical considerations and some deep thinking about democracy and the future.

“British and Scottish debates about the vote have been emotional and contentious. But the process itself is also remarkably fair, free, and open. Unlike the Irish Question that roiled 20th-century Britain, Scotland’s independence bid has been accompanied by neither terrorism nor repression. Legions of “cybernats”—pugilistic ‘Yes’ supporters who’ve helped shaped the debate on social media—have even circumvented the British press to make their voices heard. For Scottish nationalists, an independent Scotland and a more democratic Scotland are synonymous. The draft constitution put forth this summer by the ruling Scottish National Party (SNP) reflects this view: Preparing a constitution is not merely a matter of placing words in a document—important though the words are—but of the Constitutional Convention process being Scotland’s best opportunity to express our values, reflect our journey to this place, articulate our aspirations for future generations, engage our citizens, renew our institutions and methods of governance, and reinvigorate our democracy and civil society…”

“Scotland’s Democratic Revolution: The Scottish bid for independence could set a new precedent for separatist movements around the world…”   Matt Ford/Sept 12 2014/Atlantic Monthly

And maybe Scotland’s failed effort will have an impact much sooner than the slating of yet another break up Britain campaign: the UK’s reigning David Cameron of the Tories, has announced that he is up for rethinking a whole passel of issues that Scottish voters have long wanted to change- big matters like granting Scotland a degree of autonomy that would’ve been unthinkable prior to last year’s referenda campaign.

In a state, like Oklahoma where it’s tough as hell to raise compensation levels for teachers and school funding without explicit authorization from the Legislature and/or dysfunctional cuts from our existing school allocation, we might simply want to launch a New Oklahoma Independence campaign to get the legislature’s and our Governor’s attention.

But personally- I hope we go much further.

VOTE NO ON STATE QUESTION 777! It's a dangerous constitutional amendment that is not needed
August 31, 2016
Join Here and Subscribe to Our Newsletter
Search
Recent Posts
Categories
Archives
Go to Top