Over the last three years, city planners and a citizens’ advisory panel have been painstakingly working on potential revisions to Tulsa’s Zoning Code in accordance with the recommendations of the city’s new comprehensive plan, PlaniTulsa. The first strategic goal of the plan is to update the 44-year-old, zoning code so it is easier to use, allows more diverse building types, enables innovative parking solutions and aligns development incentives with the planning goals.

This spring and summer, they issued a series of drafts of the new code that give a good impression of what they are thinking. Once the planners and the citizens’ advisory team agree on a final draft the TMAPC will hold a series of public meetings prior to public hearings in a review process to receive input from interested parties.

The Tulsa Metropolitan Area Planning Commission (TMAPC) work session agenda for the Zoning Code update in June goes to great pains to state explicitly that the update of the code requires no changes to the city’s zoning map. Proposals for new zoning districts for mixed uses, a new residential single-family district with much smaller minimum lot sizes, and overlay districts will have no effect on the current maps.

Likewise, some areas with conventional zones that need zoning changes to comply with the intensity and use recommendations of the land use section of the comprehensive plan will not change.

The commission needs to address how and when the necessary map changes will take place or the code changes will be purely symbolic with little practical effect.

The new mixed-use districts, probably the most significant addition to the code, are essential for congruence with the Comprehensive Plan. These districts have the potential to allow new building types, increased density, better walkability and a more urban character, which are all desirable. In theory these provisions should give property owners and developers more flexibility, but like the residential district provisions, there seems to be a surfeit of complexity.

The new districts come in three intensities: Neighborhood, Community and Regional Mixed-Use Districts, as well as four characters: Pedestrian, Urban, Variable and Flexible, in addition to five height designations: 30’,40’,50’,65’ and Unlimited. This does not even include the Mixed-Use Institutional Districts already under review by the TMAPC. It is hard to imagine the justification that we need to go from a situation where we had only one or two of these districts, the Central Business District and Corridor Districts, to one where we need more than sixty.

Add to these a new single-family district with smaller minimum lots and three new housing types: patio homes (zero lot-line), cottage homes and multi-use houses. Combining the districts and types creates 83 possibilities (not including a list of hundreds of other uses that are permitted by special exceptions.)

Some of the new types seem to be minor variations of existing types. For example, patio homes are very close to detached homes without a minimum side setback on one side, and multi-unit houses sound a lot like apartments to me.

A previous draft contained a provision to allow one accessory dwelling unit, like a garage apartment or granny flat, in areas designated with an Accessory Dwelling Unit overlay zone, but that has been removed in the latest draft.

This provision is sorely needed, as it is one of the few ways that single-family dwelling subdivisions can increase their density with minimal disruption.  Accessory dwelling units also allow homeowners more flexibility when family or economic circumstances change.

Furthermore, many of our older neighborhoods already have these and those neighborhoods are considered by many to be some of the most desirable locations in town, so their reintroduction should not cause much alarm.  Preferably the code would allow this is as use by right citywide and not add the burden of an overlay.

The MPD replaces the PUD

In an unusual departure from its sometimes-verbose generality, the Comprehensive Plan explicitly states that the city should rely less on the Planned-Unit Development or PUD.

Inexplicably, however, the new code seems to strengthen the PUD in a new guise, the Master Planned Development District or MPD. The revamped district is transformed from an overlay district that needed to comply with underlying base zoning to a full-fledged, base district in its own right that looks like an invitation for developers to enter negotiations with the city to create their own custom development restrictions.

The eight intended purposes listed in the section of the draft are so broad that virtually every property owner could make a credible case that their development is eligible for this treatment. Surely, this was not the intent of the Comprehensive Plan. 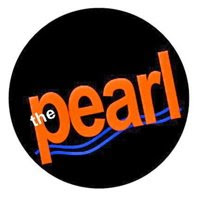 The Local Failure of Form-Based Codes

In December of 2013, the TMAPC instructed the consultants to cease work on anything to do with form-based codes. This follows the adoption of a pilot form-based code for a small area of the Pearl District and the subsequent controversy surrounding the debate for its expansion covering a much larger area.

Planners attempted to appease an eleventh hour protest to the FBC led by a group of institutional, industrial and commercial property owners in the district by reducing the area covered by the regulating plan and in an act of desperation, adding an automobile-oriented development type to the 6th Street Infill Plan. Since then, several significant properties have been removed from the pilot area at their owners’ request.

The draft zoning code does not mention form-based codes, except that the Pearl District pilot area will reportedly be converted into the first MPD in the city. Considering these events, it seems likely that Tulsa’s form-based code is headed to oblivion.

This is unfortunate because over ten years of planning effort and citizen involvement went into its creation and it was not given a chance to succeed or fail on its own merit. It is also noteworthy that Miami, Florida and Denver, Colorado have converted their entire zoning codes to form-based codes; these are not hare-brained schemes, but earnest attempts to change the nature of the cities to the kinds of environments citizens desire.

Among the anti-urban provisions in any zoning code, off-street parking requirements are perhaps the most damaging. It would be easy to criticize the drafters of not going far enough here, but in fact, there is much to be pleased with in the code. Parking requirements for many commercial uses are reduced about thirty percent and requirements are tailored to urban and suburban conditions using the Comprehensive Plan land use designations.

Big-box parking is capped. Shared parking is permitted. Car share and bike share reductions are provided. Bike parking and improved pedestrian circulation give a nod to the needs of active transportation. The icing on the cake is the allowance of pervious paving for low-impact development practices.

The signage section of the working draft of the new code has received a makeover, the most interesting addition being the provisions for dynamic displays, also known as digital displays. The sizes of signs are limited, generally 48 square feet in commercial districts and 32 square feet elsewhere, and ironically, the regulations aim to make the display as static as possible. 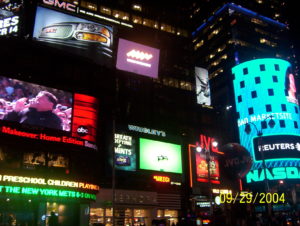 These are probably sensible rules, but they do raise some questions. First, what if we want a riotous, lively, urban environment like Times Square or the Ginza with lots of signs and lights? Should the code accommodate a place like Old Route 66 on 11th Street or areas near casinos for such environments?

Secondly, what about dynamic displays used as architectural ornaments? For instance, the recent addition to Saint Francis Hospital contains enormous dynamic displays as electronic stringcourses. The code’s definition seems to consider this a sign and would prohibit them in the future. Clarification is needed.

In another section updated for the twenty-first century, the zoning code will now contain provisions for energy generation and extraction.

While I doubt there will be many objections to geothermal wells or solar panels, I am not sure how ready Tulsans are for wind turbines and oil wells in their neighborhoods, even with distance and height restrictions.

The oil and gas drilling provisions are covered in a separate city ordinance that is only referenced in the draft and which has already been approved. In fact, these provisions like those for dynamic display signs, are part of the growing encroachment of intrusive and sometimes uncoordinated technology into the built environment that would also include various types of antennae and the older, ubiquitous poles and wires that seem to be strung everywhere willy-nilly.

The catalyst for most of these changes is the Comprehensive Plan, which calls for the revision of the zoning code in the first of six major strategies for implementing the plan. The existing code is a mismatch for the plan and in many cases is outright contradictory.

So how well does the new code address the needs of the plan? The strategy in the plan specifies four goals: the code should be easy to use, allow more diverse building types, enable innovative parking solutions and align development incentives with goals.

Despite a logical new structure, the first goal to make the code easier to use has not been met in my view. The drafters seem to use an addition-only approach, keeping almost everything from the previous code and adding to almost every section: more districts, more uses, more overlays, and more regulations. The result is a code with equal or possibly more complexity.

The code does a good job of meeting the second goal of adding more diverse building types. The mixed-use districts alone accomplish this, but the additional residential types are also noteworthy.

The last goal to align development incentives with goals is harder to judge. The plan instructs planners to minimize the use of the PUD, but the latest draft appears to strengthen the incentives for property owners to use their replacement, the MPD. The most significant need to align the code with the planning goals is to make zoning map revisions, something not yet addressed.

In conclusion, the most recent draft of the proposed new code is somewhat of a mixed bag, meeting many of the Comprehensive Plan’s goals and falling short on others. It will be interesting to follow the public meetings and hearings this fall and the TMAPC’s deliberations to see if the strong parts of the code are embraced and the shortcomings addressed.